With four goals and some show-stopping displays to his name, Lionel Messi is emerging as the player of the tournament, but Louis van Gaal says that it would be dangerous to expend too much energy worrying about him. 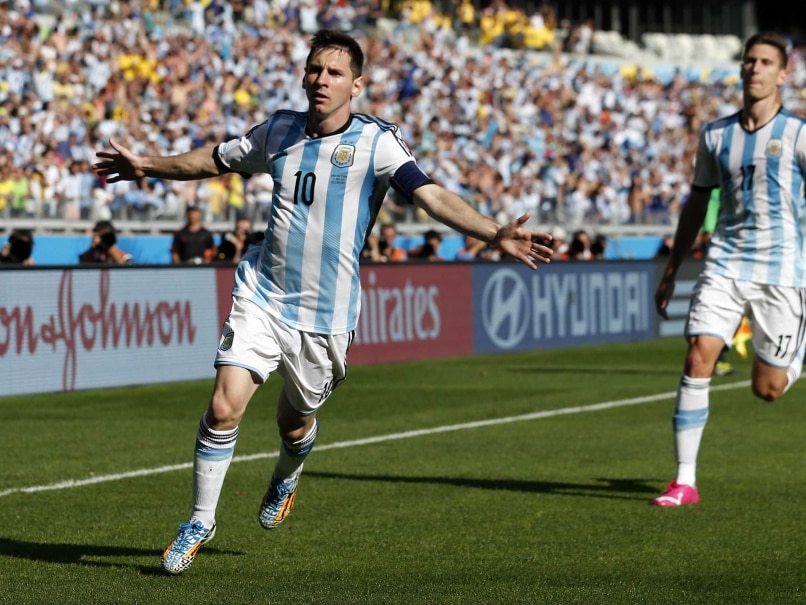 The Netherlands will need to do more than simply muzzle Argentina's Lionel Messi if they are to prevail in Wednesday's World Cup semifinal, according to coach Louis van Gaal.

With four goals and some show-stopping displays to his name, Messi is emerging as the player of the tournament, but van Gaal says that it would be dangerous to expend too much energy worrying about him.

"We are playing against Argentina," he told Tuesday's pre-match press conference in Sao Paulo.

"We're preparing a strategy for a team, not individual players, so I'll be ready for Argentina and their players. (Invaluable and Infuriating All in One)

"Messi has been elected the best player in the world. There's a reason for that. If you score so many goals, you have an added value. (Robin van Persie Doubtful for Semifinal Clash vs Argentina)

"But on the most important stage, he hasn't always pulled it off. He's always found it difficult to do that at international level and he wants to change that at this tournament. (Wounded Dutch, Argentina Eye Germany Showdown)

"We want to stop him, so that's going to be quite a challenge." While two-time winners Argentina are bidding to reach their first final since 1990, Holland are aiming to appear in the deciding match for the second time in a row, having lost 1-0 to Spain in the 2010 final. ('Dutch Messi' Arjen Robben ready for Argentina)

Both teams won all three of their group-phase matches before each pulling off a pair of narrow wins in the knockout stage, and van Gaal says that there is very little between them. (Robin van Persie Bids to End Knockout Phase Hoodoo)

"I don't think there's a favourite," said the 62-year-old, who will take over as manager of English giants Manchester United after the tournament. (History Hangs Heavy as Netherlands Face Off Against Argentina)

"In the semifinals, the countries are at the same level. The results have reflected that in the quarterfinals and the last 16, so I'd say it'll be a 50-50 match.

"We'll need a bit of luck. The coin has to fall your way."

Comments
Topics mentioned in this article
FIFA World Cup 2014 Lionel Messi Argentina Netherlands Football
Get the latest updates on ICC Women's Cricket World Cup 2022 and IPL 2022, check out the Schedule , Live Score and IPL Points Table. Like us on Facebook or follow us on Twitter for more sports updates. You can also download the NDTV Cricket app for Android or iOS.