One of the finest generations of goalscorers ever assembled is poised for a climactic shoot-out for the greatest prize in football here Friday as the World Cup quarterfinals get under way.

Theories for the goal-glut have included law changes, tactical variations, declines in defending and the liberating effect of simply staging a tournament in Brazil, the home of attacking football.

"What we are seeing here is that is that we have a generation of outstanding strikers," said Houllier, a member of FIFA's technical study group.

The list of sharpshooters will begin to be whittled down from Friday as France face Germany at the Maracana Stadium in Rio de Janeiro before hosts Brazil take on Colombia in Fortaleza.

Saturday will see Argentina take on Belgium in a repeat of their 1986 World Cup semifinal, while the Netherlands aim to end the fairytale campaign of Central American minnows Costa Rica.

France's last eight date with Germany sees the two European powers revive a rivalry whose most famous episode occurred at the 1982 World Cup, when the Germans fought back from 3-1 down in extra-time to win on penalties. 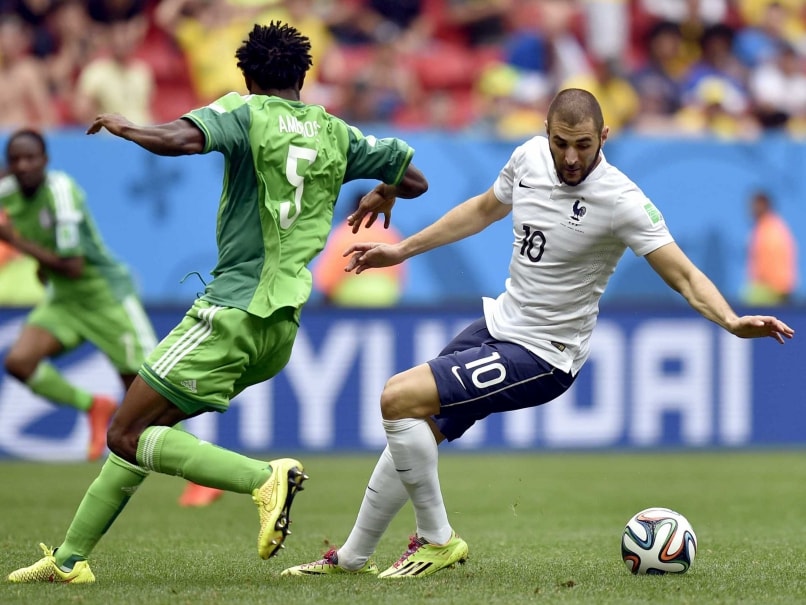 With Benzema in top form, France are dreaming of their first World Cup title since their 1998 triumph on home soil, but their focus is solely on Germany.

"Everyone can dream, including me, but I'm a pragmatist and a realist, Friday is the only thing that counts," said France coach Didier Deschamps.

In Mueller, Germany also possess their own striking talisman. The Bayern Munich forward has netted four goals so far. (It's Europe vs Latin America in World Cup 2014 Quarters)

But even Mueller has been outshone by Colombia's No.10 Rodriguez, who tops the goalscoring charts with five.

The 22-year-old stamped his class on the tournament on Saturday with a stunning volleyed goal to help defeat Uruguay in the last 16, and is now eyeing the scalp of the Brazilian hosts.

The form of Neymar, one goal behind Rodriguez in the standings, could prove crucial to Brazil's hopes.

Brazil have yet to find their best form and needed a penalty shoot-out win to squeeze past Chile in the last round.

Neymar is not troubled by the absence of the extravagant attacking play the hosts are famous for.

"I don't want a show. That's the last thing we are trying to do," Neymar said.

"We are not necessarily here to produce a spectacle. We are here to run to the end, until we are tired, and come out as winners.

"I would be happy to do nothing in this game if Brazil won 1-0. That would be marvellous."

The reward for beating Colombia will be a meeting with either France or Germany in the semifinals in Belo Horizonte on July 8.

In the other half of the draw, Argentina captain Messi will be saddled with the burden of providing the inspiration for his misfiring team-mates against a Belgium who survived a gruelling extra-time battle with the United States.

Messi has been named man-of-the-match in each of Argentina's four games to date, and it was the Barcelona superstar's decisive intervention which helped down Switzerland in the second round. (FIFA World Cup: Vital Stats)

Belgium manager Marc Wilmots said his side can exploit Argentina's reliance on Messi, believing the South Americans suffer from "a lack of balance."

"We won't only be watching Messi -- we'll deal with this Argentina team as a whole," Wilmots said.

Van Persie and Robben have six goals between them so far, and Costa Rica will need goalkeeper Keylor Navas, her of the last 16 victory over Greece, to be at his best once more if Los Ticos are to stop the Dutch from reaching their second consecutive World Cup semifinal.

Comments
Topics mentioned in this article
FIFA World Cup 2014 France Brazil Germany Colombia Argentina Belgium Football
Get the latest updates on ICC Women's Cricket World Cup 2022 and IPL 2022, check out the Schedule , Live Score and IPL Points Table. Like us on Facebook or follow us on Twitter for more sports updates. You can also download the NDTV Cricket app for Android or iOS.