Rooney's form has been a talking point in England but Hodgson said the decision not to rest him, unlike several other starters from Friday's 3-0 win over Peru, was mainly about getting him up to match-preparations ahead of the FIFA World Cup. 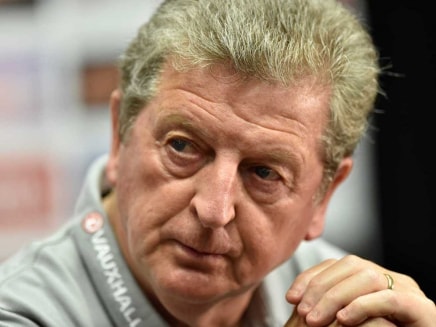 England manager Roy Hodgson will give Wayne Rooney another chance to improve his match-sharpness with a start in Wednesday's friendly against Ecuador.

And the former Liverpool boss is set to try-out Manchester City midfielder James Milner at right-back.

Rooney's form has been a talking point in England but Hodgson said the decision not to rest him, unlike several other starters from Friday's 3-0 win over Peru, was mainly about getting him up to match-preparation.

"The thinking behind Wayne starting a second game is quite simple. He only played 60 minutes the other day, he didn't play many games before he came to join us, we think that he is recovering his match fitness and we think starting the game and playing a part of the game will be to his advantage.

"We will see how long he plays and that will be based on how his fitness is progressing," he said.

Much of the debate around Rooney has focused on whether he should be used as an out-and-out striker, in a withdrawn role or out wide, but Hodgson said he was simply pleased to have those options.

Milner, who normally operates in midfield for Manchester City, will be given a chance to show if he is a viable alternative to Liverpool's Glen Johnson.

Hodgson said Milner could be used as back-up full-back in the World Cup and the friendly at SunLife stadium offered the perfect chance to test him in that role.

"He's going to play right-back on Wednesday because I think he has the qualities to play there and I think there may be moments during the World Cup where we would like to use him there," Hodgson said after training.

"I think the chance to use him there and give him some experience of it is perfect as far as I am concerned," he said.

The England manager said Milner was still considered primarily as a wide midfielder but stressed he wanted to take full advantage of his versatility.

"He is in the squad quite rightly as a right or left-sided midfielder and that is where we see him mostly but thanks to his ability to do other jobs we think it will be interesting to see how he gets on at right-back against Ecuador.

"I have seen him play there for Manchester City for me it was always obvious that if we needed someone to step in there he could do the job and Wednesday will be the moment to try it," he said.

Midfielder Frank Lampard, who will skipper the side on Wednesday, said he was glad there was now debate over how to squeeze England's talented young options into a starting eleven.

"The good thing is that we are arguing about where to play all these talented players, whether it be Wayne Rooney, Ross Barkley, Raheem Sterling, Ox (Alex Oxlade-Chamberlain) and they are the things that we bemoaned a few years ago -- that we didn't have that excitement in that squad and now we do," said Lampard.