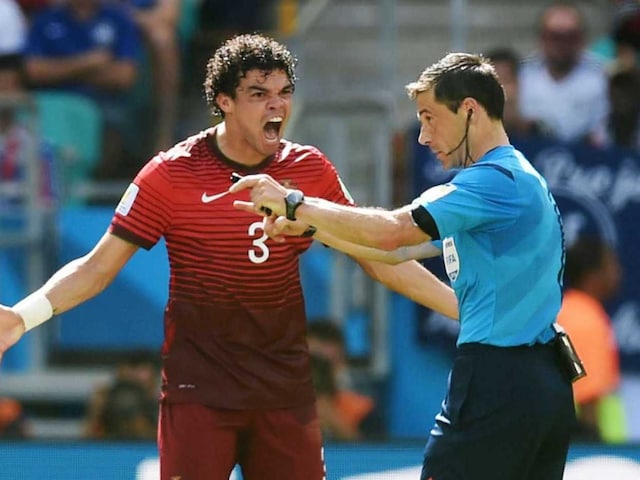 It is third in the list that is headed by Brazilian Marcelo's own goal against Croatia in the opening game of the World Cup that ended in 3-1 win for the hosts. (Also read: Pepe banned and fined)

On the other hand, the Brazil-Croatia match got more than 12.2 million tweets, followed by Mexico-Brazil match in the second round of the group stage.

Comments
Topics mentioned in this article
Pepe Lionel Messi Portugal FIFA World Cup 2014 Football
Get the latest Cricket news, check out the India cricket schedule, Cricket live score . Like us on Facebook or follow us on Twitter for more sports updates. You can also download the NDTV Cricket app for Android or iOS.