His last match before taking over at Manchester United sees Louis van Gaal's Netherlands, beaten on penalties by Argentina in the FIFA World Cup semifinal, facing a Brazil side dismantled on Tuesday by Germany in a 7-1 rout. 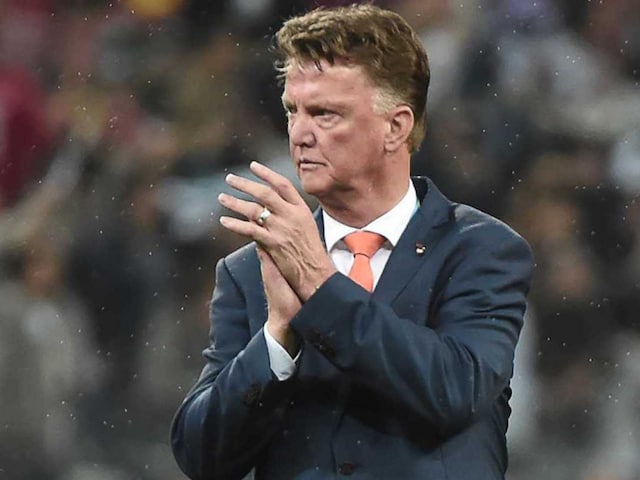 His last match before taking over at Manchester United sees Van Gaal's Netherlands, beaten on penalties by Argentina in the semifinal, facing a Brazil side dismantled on Tuesday by Germany in a 7-1 rout.

After Wednesday's game in Sao Paulo van Gaal lashed out at the necessity of a play-off. (Vitat Stats)

"I think this match should never be played," van Gaal told reporters. "I've been saying this for 10 years. But we'll just have to play this match. (Brazil to Play for Pride)

"It's unfair also because we have one less day to recover, so that's not fair play. But the worst thing is that chances are you lose twice in a row."

Forty-eight hours later and the 62-year-old was singing from a very different hymn sheet.

"We are going to do everything to finish third," he told the pre-match press conference in Brasilia.

"We want to leave the World Cup unbeaten, something a Dutch side has never achieved."

Van Gaal, who starts his new job at Old Trafford on August 12 reflected on the different paths Saturday's protagonists had taken to 'the loser's final'.

"To be deprived of the final by a penalty shoot-out without ever having been beaten, it's the worst thing that can happen.

"What I take from this semifinal is that we didn't lose, that's hard. We went so close but the dream has disappeared in just a few weeks for this superb side that we put together."

He suggested that Brazil will benefit from being the "fresher" side in the Brazilian capital.

"They started their World Cup earlier than us and their semifinal was 24 hours before ours.

"They are fresher. These are the facts, (Luiz Felipe) Scolari (Brazil coach) can think what he likes, it's an advantage for him."

Norwich midfielder Leroy Fer is the only member of his squad unfit to play, van Gaal disclosed.

"The others are available," he said. "I'll use the players I think are mentally the strongest. The mind is stronger than the body."

Holland, beaten finalists in 2010, created global headlines from the off in Brazil, thrashing defending champions Spain 5-1.

They went on to beat Australia and Chile to top their group. In the knockout stages they saw off Mexico 2-1, then Costa Rica on penalties before Wednesday's loss to Argentina.

Comments
Topics mentioned in this article
Netherlands Brazil FIFA World Cup 2014 Football
Get the latest Cricket news, check out the India cricket schedule, Cricket live score . Like us on Facebook or follow us on Twitter for more sports updates. You can also download the NDTV Cricket app for Android or iOS.