Netherlands defeated Costa Rica 4-3 on penalties after a tense extra-time to book a last-four clash with Argentina in the World Cup 2014. Catch all highlights here.

Netherlands defeated Costa Rica 4-3 on penalties to book a semifinal clash against Argentina. Catch all the highlights here. (Matchcenter| Fixtures)

4:17 IST: Krul makes another spectacular save as the Netherlands defeat Costa Rica 4-3 on penalties. They now beat Argentina in the semifinal.

4:14 IST: It's 3-3 in after seven penalties, thanks to a sensational save by Dutch substitute goalkeeper Krul. If the Netherlands

4:05 IST: Despite some stunning efforts from the Dutch, the game will now be decided by a penalty shootout.

3:47 IST: First period of extra-time and it's still goalless.

3:38 IST: This has been a spirited fight by Costa Rica and Navas especially, who has done as well as Tim Howard for the US against Belgium. The Costa Rican goalie has been a hero tonight. Still 0-0 after the first period of extra-time.

3:23 IST: The Netherlands came tantalizingly close to scoring the winner with two minutes left for normal time to get over. But after the final whistle, it's still 0-0 and the game goes to extra-time. 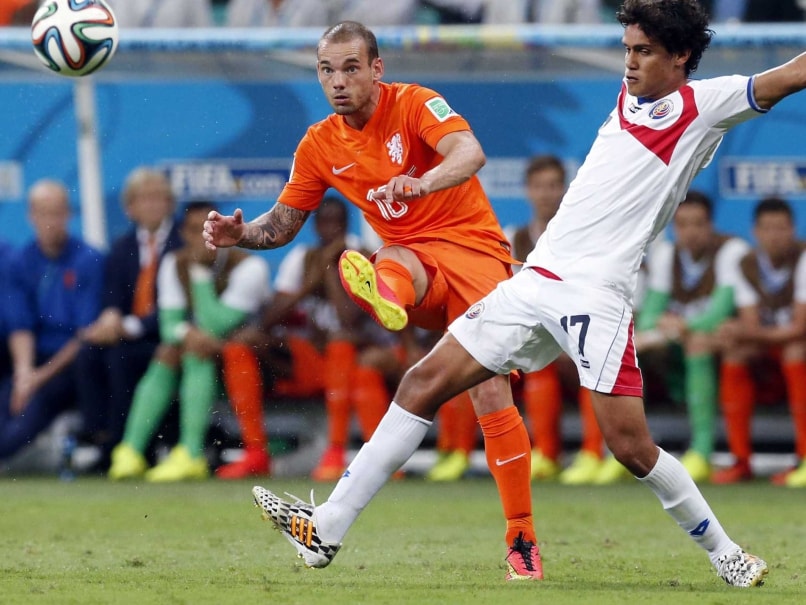 Sneijder kept the Costa Rican defenders on their toes.

3:10 IST: Yellow card to Gonzalez for a foul and the Dutch get a free kick from a dangerous position but Sniejder's ball bounces off the left post. Lucky escape for Costa Rica.

2:59 IST: 73 minutes gone and both the Netherlands and Costa Rica are still struggling to find the first goal of the game. Normal time is quickly running out. 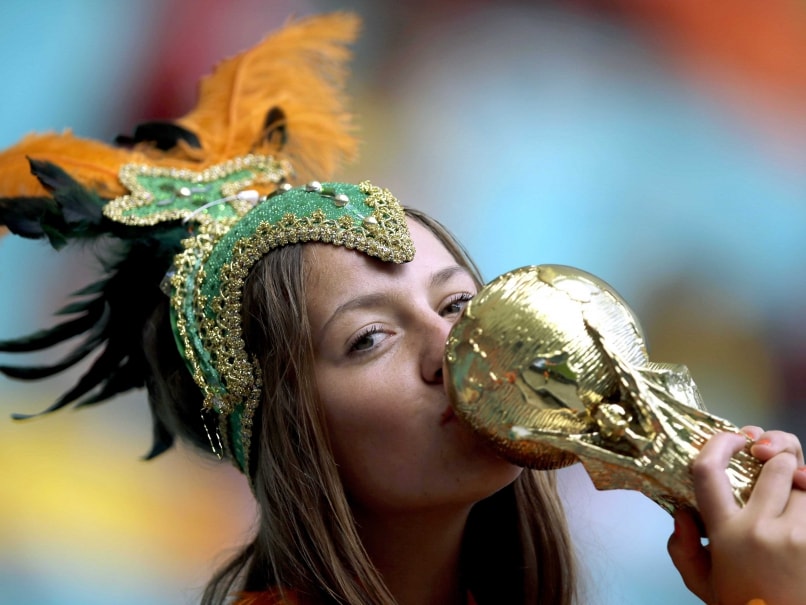 A Dutch fan remains optimistic despite her team struggling to score.

2:54 IST: This has been strange game for the Netherlands, studded with star strikers; seven different people have scored for the Dutch this World Cup. And yet after 68 minutes, it's still goalless.

2:40 IST: The Dutch have come out more aggressive in the second half. It has been a cagey match so far but the Netherlands look a lot more determined to break the deadlock here. 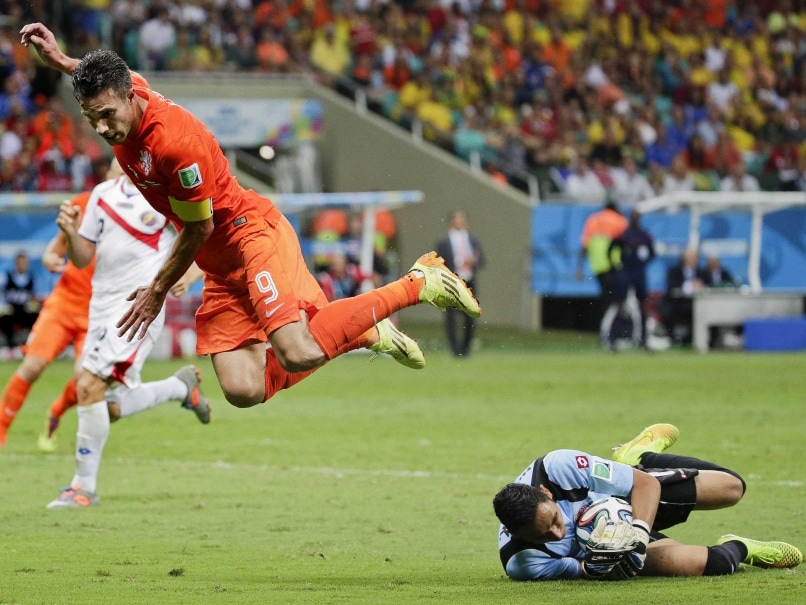 2:15 IST: Netherlands and Costa Rica play out a goalless first-half.

2:10 IST: First-half drawing to a close and it' still goalless, mostly thanks to Costa Rica goalkeeper Keylor Navas, who has stood like a rock against the rampaging Dutch. 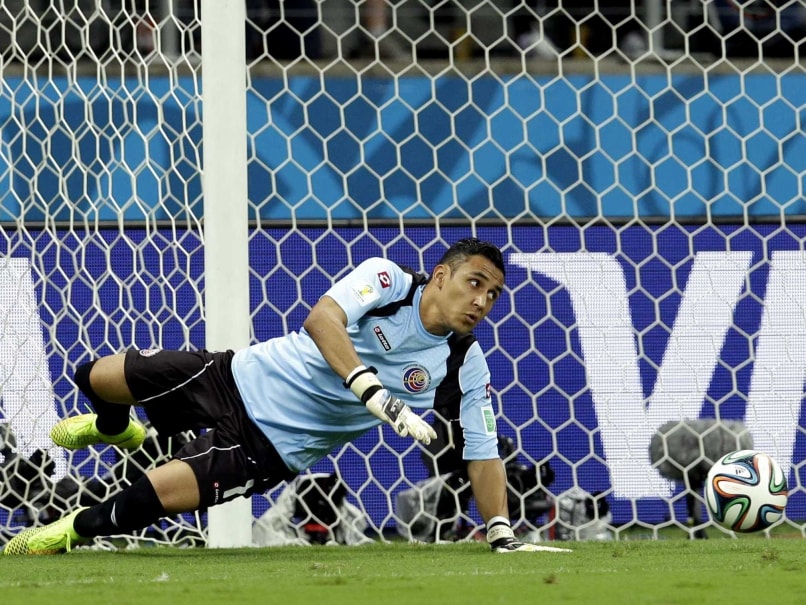 Navas has saved nearly 90% of the shots on the Costa Rican goals this World Cup.

1:54 IST: 25 minutes gone and it's still goalless; the Dutch have missed some chances to score. However, the opportunities are opening up and Costa Rica need to be wary here.

1:47 IST: With 16 minutes gone, it appears that the neutrals in Salvador are rooting for Costa Rica. The Dutch have a fair bit of support too. 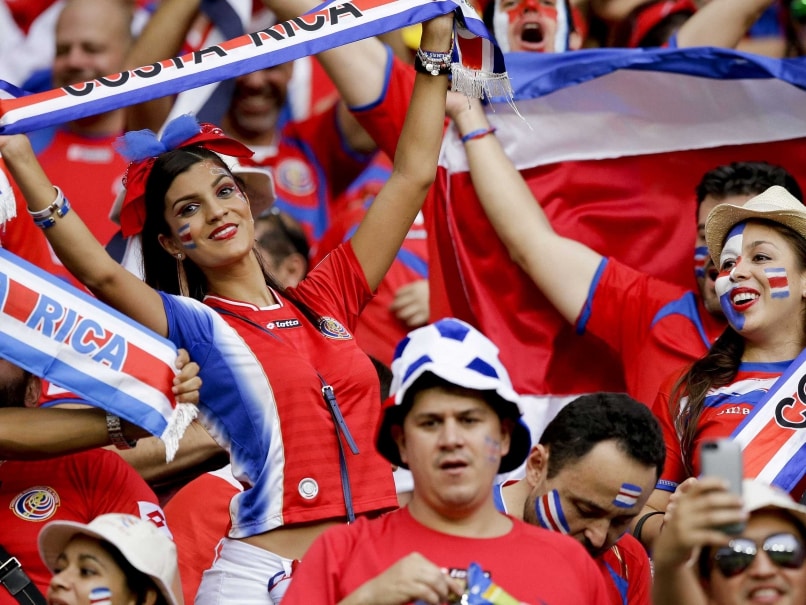 Costa Rica have a huge support base in Salvador tonight.

1:45 IST: Fourteen minutes up and the Dutch have made some dangerous passes in the Costa Rican half.

1:42 IST: Nobody had expected Costa Rica to make it this far, especially pitted as they were against the likes of England, Italy and Uruguay in their group. Now, they take on the Dutch, whose defence has been a little wobbly in some games. 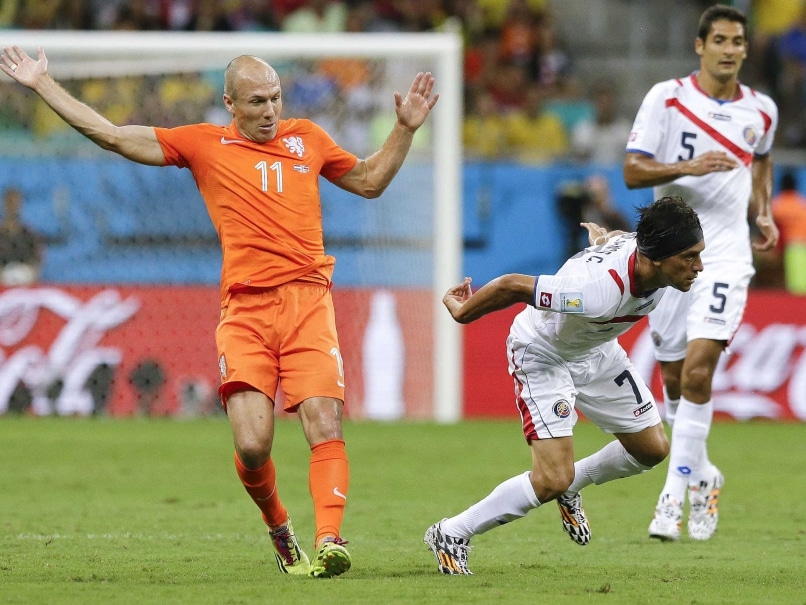 Robben has been spectacular for the Dutch so far.

1:40 IST: Ten minutes into the game and the Netherlands are already attacking Costa Rica here. The Dutch have had a brilliant run so far, winning 10 of their last 11 World Cup games, with the only defeat coming against Spain in the 2010 World Cup final.

1:14 IST: The Netherlands, runners-up of the 2010 World Cup, are up against a competitive Costa Rica, in their bid for a semifinal spot, where they will clash against Argentina. 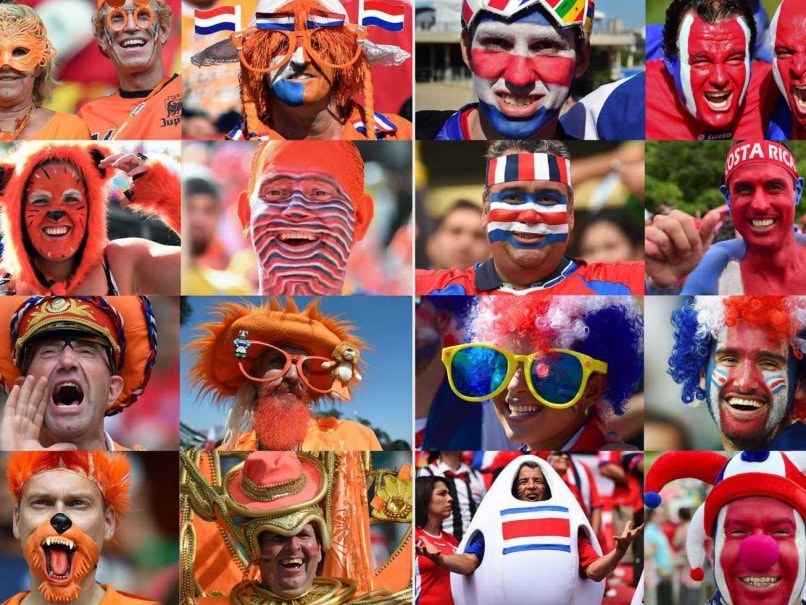 Dutch and Costa Rican fans have played a huge role in their team's fortunes this World Cup.

The Dutch go in as favourites to win with their forwards firing on all cylinders. The likes of Arjen Robben and Robin van Persie have the talent and experience to overwhelm the opposition.

Costa Rica though are not much bothered about Netherlands' form and reputation as they are about Robben's 'false' dives. Coach Jorge Luis Pinto has said he is scared Robben may employ same tactics that he used against Mexico to get a crucial free-kick. (Read more here)

Comments
Topics mentioned in this article
FIFA World Cup 2014 Costa Rica Netherlands Football
Get the latest updates on ICC T20 Worldcup 2022, check out the Schedule and Live Score. Like us on Facebook or follow us on Twitter for more sports updates. You can also download the NDTV Cricket app for Android or iOS.