After eight years in charge of Germany, Joachim Loew so far has one previous World Cup semi-final, the 2008 European Championship final and the Euro 2012 semi-final to show. No trophy. 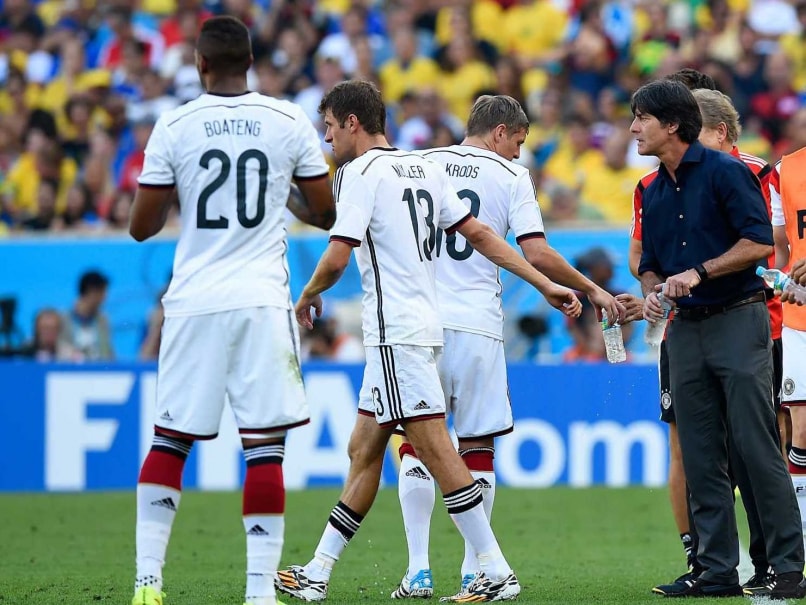 Another semi-final is another battle of nerves for Joachim Loew, who risks becoming Germany's nearly man. (Germany Out to Down Brazil)

After eight years in charge of Die Mannschaft, Loew so far has one previous World Cup semi-final, the 2008 European Championship final and the Euro 2012 semi-final to show. No trophy. (Suarez Referee Picked for Brazil vs Germany)

But the 54-year-old former assistant to Jurgen Klinnsman has brought on a team praised for its attacking play. And his tactics have been hailed by World Cup legends Pele and Diego Maradona. (Neymar May Take Painkillers to Play if Brazil Enter Final)

Loew's image is often seen in Germany where he fronts an advertising campaign for a leading cosmetics brand, but the head coach rarely appears in the media spotlight.

The German Football Association (DFB) likes the team boss. It has already told him his job is safe and Loew is expected to see out his contract which expires after Euro 2016.

"What can be more beautiful in a football dreamland than to play a World Cup semi-final against the hosts?" Loew said of Tuesday's game against Brazil.

But he also acknowledged before the tournament that "the clock is ticking".

Loew himself only made four appearances for West Germany's Under-21s and played as a midfielder for Eintracht Frankfurt, Karlsruhe and VfB Stuttgart.

He won the 1997 German Cup final as VB Stuttgart coach and after working in Turkey and Austria, Loew became Germany's assistant coach in 2004.

Loew was responsible for tactics with Klinsmann and the pair delighted the nation as Germany finished third at the 2006 World Cup on home soil.

An impressive record of 75 wins in 110 internationals has earned Loew plenty of respect in Germany. And he is not afraid of taking risks.

When striker Mario Gomez struggled at Euro 2008, Loew benched the forward and switched to a 4-2-3-1 system which resulted in a 3-1 quarter-final win over Portugal en route to the final.

At the 2010 World Cup, Loew took the youngest squad since 1934 to South Africa and Germany swept aside England and Argentina before losing their semi-final to eventual winners Spain.

Pele recently called Loew a "great tactician", while Maradona said that Germany "roamed around with perfection" in their 4-0 group thrashing of Portugal.

Comments
Topics mentioned in this article
FIFA World Cup 2014 Germany Brazil Football
Get the latest updates on ICC Women's Cricket World Cup 2022 and IPL 2022, check out the Schedule , Live Score and IPL Points Table. Like us on Facebook or follow us on Twitter for more sports updates. You can also download the NDTV Cricket app for Android or iOS.