Both Hummels and Podolski missed Germany's 2-1 win over Algeria in the last-16, but are available to face France at Rio de Janeiro's Maracana in the last eight. 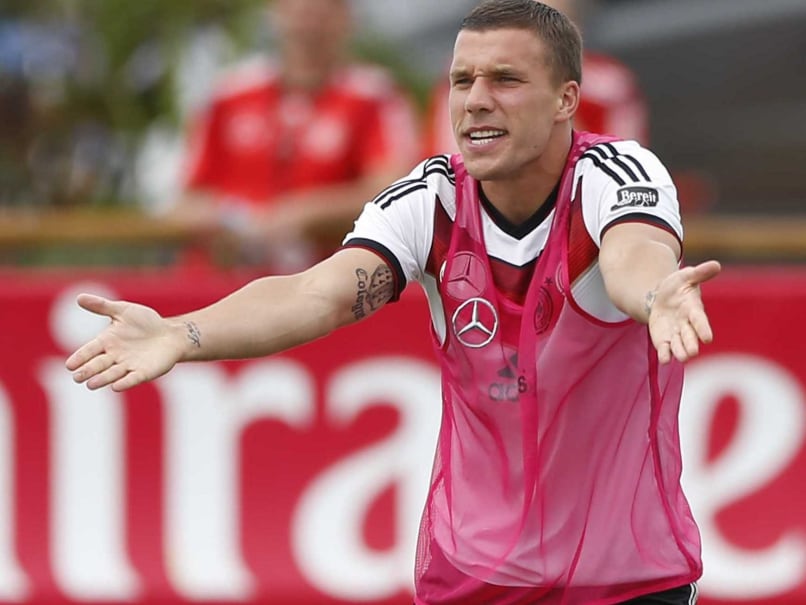 Podolski's return will boost Germany in their quarterfinal vs France.© AP
Santo Andre:

Both Hummels and Podolski missed Monday's 2-1 win over Algeria in the last 16, but are available to face Les Bleus at Rio de Janeiro's Maracana in the last eight.

"Almost back at 100 percent," Hummels wrote on his Twitter account on Wednesday having missed Monday's match with flu.

Left winger Podolski is also set to return having recovered from a thigh strain as both he and Hummels took part in Wednesday's training session. (It's Europe vs Latin America in World Cup 2014 Quarters)

With 33 appearances and three goals for Germany, including a header in the 4-0 drubbing of Portugal, Hummels should slot straight back in.

He is set to partner Per Mertesacker at centre-back -- his replacement in the starting line-up on Monday Shkodran Mustafi has been ruled out of the rest of the tournament with a torn hamstring. (FIFA World Cup: Vital Statistics)

Podolski will compete with both Andre Schuerrle, who scored in extra time against Algeria, and Mario Goetze for the left wing berth.

Comments
Topics mentioned in this article
Lukas Podolski Mats Hummels FIFA World Cup 2014 Germany France Football
Get the latest updates on ICC Women's Cricket World Cup 2022 and IPL 2022, check out the Schedule , Live Score and IPL Points Table. Like us on Facebook or follow us on Twitter for more sports updates. You can also download the NDTV Cricket app for Android or iOS.