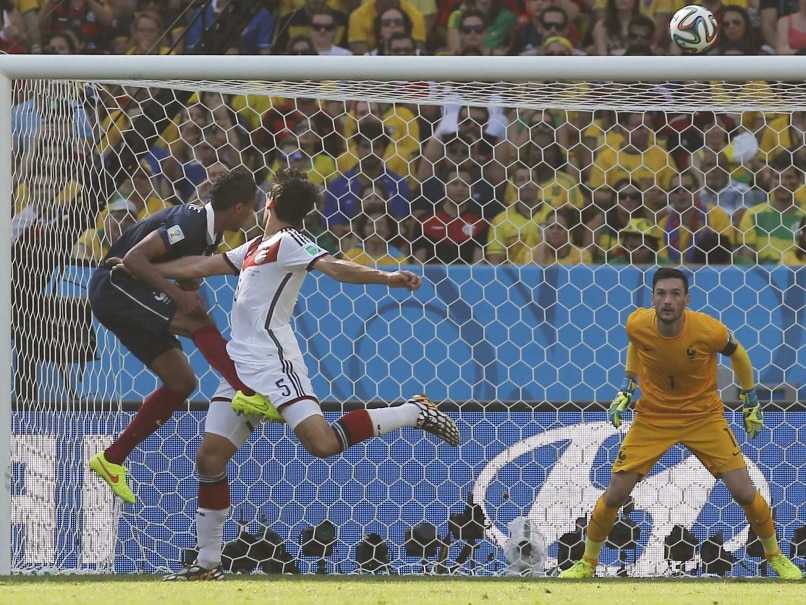 Germany reached the semifinals for a fourth straight World Cup by beating France 1-0 Friday in a cagey match settled by a first-half header from Mats Hummels. (Match Highlights)

The center back headed Toni Kroos' free kick in off the underside of the bar in the 13th minute in one of the few chances created in muggy conditions at Maracana stadium.

Germany will play Brazil or Colombia in the semifinals on Tuesday as it seeks a fourth world title.

France struggled to impose its attacking game in the face of a robust, experienced Germany side that seemed more comfortable on the big stage.

Mathieu Valbuena and Karim Benzema had France's best chances saved in the first half, with the German lineup holding off late pressure with apparent ease.

Comments
Topics mentioned in this article
France Germany Mats Hummels FIFA World Cup 2014 Football
Get the latest updates on ICC Women's Cricket World Cup 2022 and IPL 2022, check out the Schedule , Live Score and IPL Points Table. Like us on Facebook or follow us on Twitter for more sports updates. You can also download the NDTV Cricket app for Android or iOS.