France defender Mamadou Sakho said his teammates are burning with rage, not because they have anything personal against the Germans, their FIFA World Cup quarterfinal opponents, but because they are still feeling the anger and desperation after barely qualifying for the tournament in Brazil. 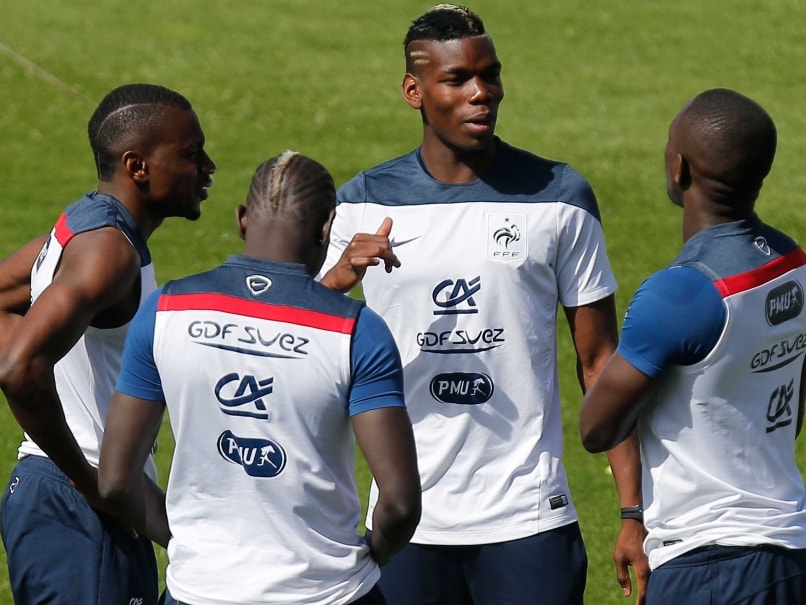 France defender Mamadou Sakho and his teammates will be filled with "rage" when they take on Germany in the World Cup quarterfinals.

Not because they have anything personal against the Germans, but because they are still feeling the anger and desperation after barely qualifying for the tournament in Brazil. (Preview: Germany Face Acid Test Against France)

Sakho has been France's vice captain since the second leg of the World Cup playoffs against Ukraine. With the team trailing 2-0 after a dire performance in Kiev, Sakho scored in a 3-0 win, and his passionate performance sparked a remarkable turnaround. (Hummels, Lukas Podolski Fit to Face France)

Since then, France is unbeaten in eight games and has kept six clean sheets.

"Of course I still have the rage inside me from that game," the Liverpool defender said Wednesday. "We all have a little bit of that rage inside of us."

France is vastly more inexperienced than Germany, which has reached at least the semifinals of each major competition since the 2008 European Championship. By contrast, France is rebuilding and has not reached any semifinal since the 2006 World Cup.

But several fresh talents have revamped the national team - which only has two regular starters older than 29. (It's Europe vs Latin America in World Cup 2014 Quarters)

"We're a very young team with new players," Sakho said. "We've instilled a new spirit into the team - off the pitch, first of all - and it reflects on the pitch.

"We know that Germany is a big team, a big football nation," Sakho added. "But we're also very good and I believe in us."

At 24 years old, Sakho is the oldest of France's new generation and has played 22 times for his country. He was rested against Nigeria after failing to shake of a left hamstring injury but is fit again to face Germany on Friday at Maracana Stadium.

Besides Sakho, Paul Pogba has established himself in midfield and Raphael Varane has done likewise in central defense. Meanwhile, Antoine Griezmann has confidently replaced winger Franck Ribery, who was injured before the tournament.

The 33-year-old Evra and 31-year-old Bacary Sagna are the senior players.

But unlike before, all the players mingle and there is no generational conflict within the squad.

"Everyone sits together at the dinner table, there's no difference," Sakho said. "After the meal last night eight of us stayed at the table to talk about football and about life in general. It was brilliant."

Some change from Euro 2012, when players formed cliques and went straight to their rooms after finishing their meals. It was even worse at the 2010 World Cup, where they were united - but only because they went on strike and refused to train after one of their teammates was sent home.

Pogba scored his first goal of the tournament in Monday's 2-0 win over Nigeria in the second round, and he's also been making an impression behind the scenes.

"Paul really gets the atmosphere going. Last night he stuck some music on and he was dancing all on his own," Sakho said. "Everyone was watching him and it was really funny."

Comments
Topics mentioned in this article
France Germany FIFA World Cup 2014 Mamadou Sakho Football
Get the latest updates on ICC Women's Cricket World Cup 2022 and IPL 2022, check out the Schedule , Live Score and IPL Points Table. Like us on Facebook or follow us on Twitter for more sports updates. You can also download the NDTV Cricket app for Android or iOS.