Germany showcased sublime skills against Brazil during their massive 7-1 win in the semis of FIFA World Cup. The team though will need to avoid complacency. 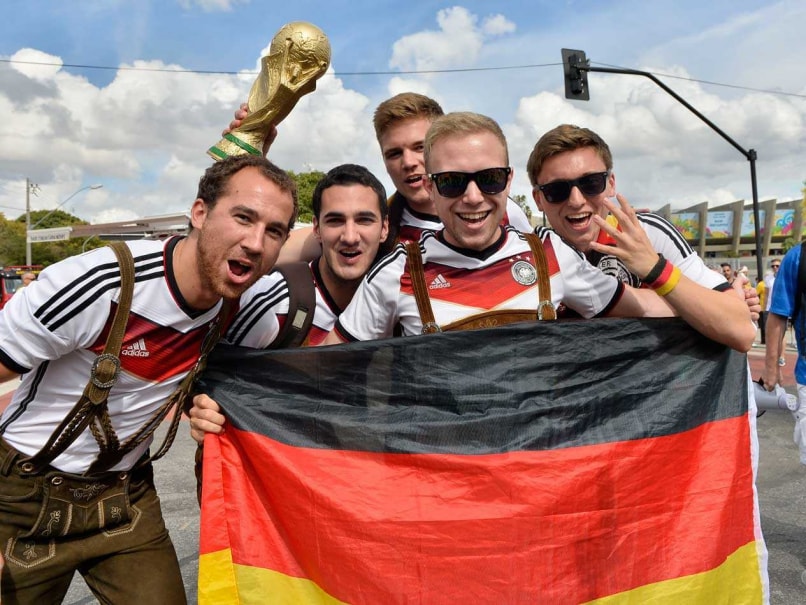 Germany coach Joachim Loew in the wake of the extraordinary 7-1 thrashing of hosts Brazil has moved to calm expectations ahead of Sunday's World Cup final and urged his players to show humility.

Have a look at five previous occasions impressive wins did not lead to further glory but instead defeat:

1954 Magical Magyars dreams shattered by Germans The 1954 final became known as the 'Miracle of Bern'. The 'Magical Magyars' came into the finals as the hot favourites and on a 32 match unbeaten run. They disposed of West Germany -- admittedly not a wholly first choice line-up -- by an astonishing 8-3 scoreline in the group stage and few thought the Germans could redress the balance in the final. It looked as if a similar thrashing was on the cards when the Hungarians went 2-0 up inside the opening 10 minutes with Ferenc Puskas scoring the first. However, the Germans captained by former Soviet Prisoner of War Fritz Walter stormed back and were level 10 minutes later. Helmut Rahn completed the astonishing turnaround when he score the winner six minutes from time.

1958 Swedes World hopes turn sour Sweden have never come as close to getting their hands on the trophy as when they hosted it. They cantered through their group and disposed of the Soviet Union in the quarterfinals. However, facing the defending champions West Germany was an entirely different proposition. The Germans took the lead but the Swedes levelled before half-time. Late goals from Gunnar Gren and Kurt Hamrin secured them a remarkable 3-1 win over a stunned German outfit which had been reduced to 10 men on the hour mark but had more than held their own. In the final they took a fourth minute lead but ended up being overwhelmed 5-2 by Brazil with a young Pele scoring a double.

1986 Spanish bull run blunted by Belgians Spain as ever entered a finals with pundits and players saying alike this will be the one to end the trophy drought dating back to the tarnished win in the 1964 European Championships. Their belief was stoked in a jaw dropping 5-1 thrashing of Denmark in the last 16 clash. The Belgians, though, proved far more resilient as their mix of experienced veterans such as Jan Ceulemans and youngsters like Enzo Scifo held the Spanish line spearheaded by the 'vulture' Emilio Butragueno at bay. The Spaniards cancelled out Ceulemans's 35th minute goal five minutes from time. However it failed to prove to be the spark to victory and the Belgians progrssed 5-4 on penalties.

1998 Thuram puts paid to Croatian fairytale Croatia looked as if they could give their nascent republic born out of the ashes of the Balkan wars in the early 1990's something to be cheerful about as they made steady progress at their first World Cup finals. Dreams turned into belief when they outclassed traditional titan Germany 3-0 in their quarterfinal and prepared to face heavily-criticised hosts France. They looked to be heading towards an historic appearance in the final as star striker Davor Suker gave them the lead in the first minute of the second-half. However, they were pegged back almost immediately as Lilian Thuram popped up for his first ever international goal and took such a liking to it he added another to dash Croat dreams.

2010 Spanish pragmatism too much for German flair-filled youth Several of the present German side will think back to four years ago and heed the words of Loew for they had sauntered through the last 16 and the quarterfinals with eyecatching 4-1 and 4-0 wallopings of England and Argentina respectively. They entered the semifinal with European champions Spain -- who had beaten them in that final in 2008 -- with a lot of confidence. However, 90 minutes later it was the Spaniards who progressed -- and ultimately won the trophy -- after a Carles Puyol goal gave them a 1-0 win while the Germans left the pitch drained.

Comments
Topics mentioned in this article
Germany Brazil FIFA World Cup 2014 Football
Get the latest updates on ICC Women's Cricket World Cup 2022 and IPL 2022, check out the Schedule , Live Score and IPL Points Table. Like us on Facebook or follow us on Twitter for more sports updates. You can also download the NDTV Cricket app for Android or iOS.