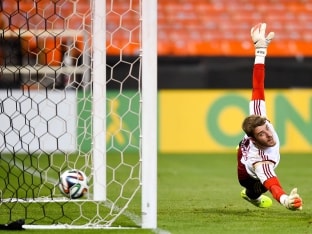 De Gea said it has been his childhood dream to represent Spain in the World Cup, reports EFE. De Gea joined Manchester United in 2011 after leaving Atletico, where he had been played since 2008.

"We will go out to win the World Cup," the 23-year-old was quoted by Spanish sports daily Marca.

"Going to the World Cup is something you dream about when you are young. I have been in the youth categories since I was very young, so it is obviously a dream for me to go to the World Cup with such great players," Manchester United keeper added.

"Iker has loads of experience. He is the captain and is everything to the team. He is the best and plays well for his country. He has something special that no one else has," he said.

Spain are in Group B alongside Netherlands, Chile and Australia.