Days after Brazil lost 7-1 to Germany in the semi-finals of the FIFA World Cup, they were thrashed 3-0 by Netherlands in the third place play-off match. 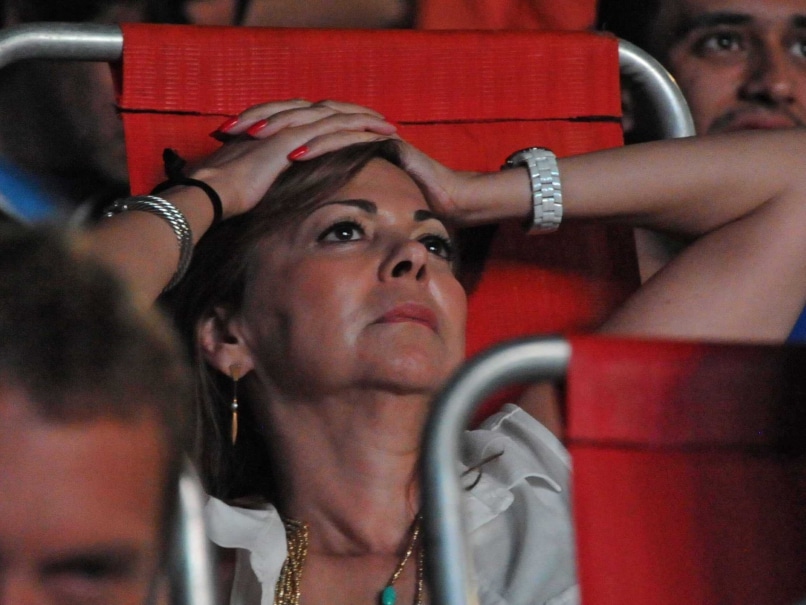 A Brazilian fan watches the FIFA World Cup third-place match between Brazil and the Netherlands on a screen during the Fan Fest at Copacabana beach in Rio de Janeiro, Brazil, on July 12, 2014.© AFP
Brasilia:

Brazil fans expressed disgust with their team after the hosts lost 3-0 to the Netherlands in Saturday's World Cup third place play-off with many hoping Germany will win the final. (Brazil Booed by Fans)

Although it was Germany who thrashed the Selecao 7-1 on their own turf in the semifinal, fans said they would rather Germany lift the trophy than see neighbors Argentina lift it in Rio on Sunday.

"I am suporting Holland -- our team is useless," spat businessman Diogo Chaer, who even wore a Dutch shirt in the capital. (Brazil Lose to Netherlands and Finish 4th)

In Rio, some fans stayed to the end to dance at a post-match concert -- but others slunk away from the Fan Fest on Copacabana beach after the Dutch largely outplayed the five-time world champions.

Brazilians began to leave the Fan Fest even before half-time with their side trailing 2-0 and still clearly feeling the effects of their horror show against Germany.

"I was in Belo Horizonte (for the Germany game). That's why I am wearing the Dutch shirt. I stayed to the end against Germany -- I'll remember that historic match for years," he said.

Hugo Leite, a journalist from Salvador in the north, also wore a Dutch jersey and explained: "I don't much like the team. the coach or the way they play."

Eduarda Alves, a Rio student aged 16, said she would back the Germans on Sunday.

"The Argentines can just go home," she snorted. Siblings Leonel Freitas and Marina Freitas agreed an Argentina win would be hard to stomach.

"Our team needs to start afresh," said Leonel. "I'll never support Argentina. Argentina can never win in Brazil." The Twittersphere was once again aglow with sardonic comments -- one fan tweeting: "Can you remember when Brazil used to play football?"

Another noted that goalkeeper Julio Cesar was now "historic" in that he has conceded more goals in his World Cup career than German record marksman Miroslav Klose has scored.

Klose broke Ronaldo's record in taking his haul to 16 against Brazil last Tuesday while Julio Cesar has now conceded 18 across two World Cups -- 14 in this event.