Germany coach Joachim Loew was overjoyed with his side's clinical 7-1 win that sealed them a place in a record 8th FIFA World Cup final. 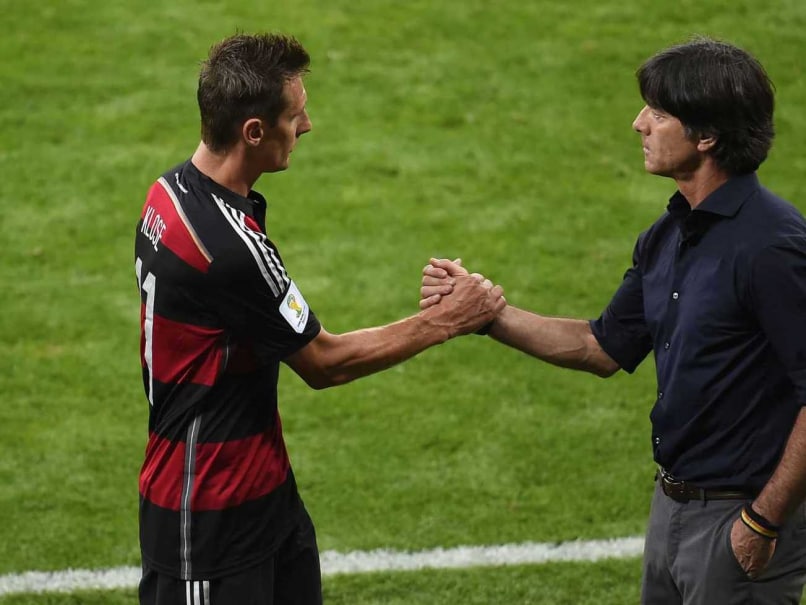 Brazil had gone into the match amid a mood of feverish national expectation and strident rallying cries to win for injured striker Neymar.

A hair-raising rendition of the Brazilian national anthem saw skipper David Luiz holding Neymar's No.10 shirt aloft in a gesture of support.

But Germany met the raw emotion head on and when the opportunities arose, they struck.

"It was important to meet this passion and these emotions with calm, courage and with our own strength," said Loew whose side will now meet Argentina or the Netherlands in Sunday's final in Rio de Janeiro.

The game was won in an extraordinary burst which saw Germany rattle in four goals in six minutes midway through the first half.

Loew said Germany had exploited the chaos in the Brazilian defence mercilessly.

"They were shocked by our goals and it made the game easier for us.

"Everyone did their jobs incredibly well and with total concentration.

But Loew said the Germans must stay humble despite inflicting a record international defeat on the hosts.

"A bit of humility would also be very good and we need to be careful that we stay focused on Sunday," said the 54-year-old.

"I knew before the game that if we were courageous, we could win, but no one imagined it would be 7-1. (Brazil Thrash Germany)

"After we went 2-0 up, they were disorganised and we took advantage. (David Luiz Aoplogises)

"There's no euphoria in the dressing room, we are very happy, but we are not getting carried away.

"After half-time they showed a reaction to try and please their fans in the stadium, but we still controlled the match."

Loew said Germany fans should not expect the same sort of massive result in the Maracana final.

"Nobody should feel invincible. That is perfectly clear and both Argentina and Holland have played a great World Cup so far," insisted Loew.

"Argentina have a very strong defence and (Lionel) Messi, (Gonzalo) Higuain and the others are a fantastic attack.

"(Netherland's Robin) Van Persie, (Arjen) Robben, (Wesley) Sneijder are players that at any moment can decide the match. The final won't be the same as today."

The Germany boss also said he had sympathy for Brazil coach Felipe Scolari and the Selecao having also tasted semi-final defeat as the hosts of the 2006 World Cup.

Loew was assistant coach when Germany suffered a 2-0 extra-time defeat to Italy in their semi-final on home soil eight years ago.

"I remember losing against Italy to a goal in the 119th minute so we know how Scolari, the players and the Brazilian people feel," said Loew.

"I remember 2006 in our own country, how much we wanted to make the final and that's an enormous disappointment for any county.

"I believe this defeat will be difficult to digest for Brazil.

"Until today, Brazil have had a great World Cup, especially as hosts.

"Their passion for football and their people have been great, but, of course, it will be a difficult defeat to accept."

Comments
Topics mentioned in this article
FIFA World Cup 2014 Germany Football
Get the latest updates on ICC Women's Cricket World Cup 2022 and IPL 2022, check out the Schedule , Live Score and IPL Points Table. Like us on Facebook or follow us on Twitter for more sports updates. You can also download the NDTV Cricket app for Android or iOS.