The pressure of having never lost a FIFA World Cup opener since 1934 subsided as the Brazilian team bounced back from an own-goal to beat Croatia 3-1.

Brazil started their own FIFA World Cup with the win they so desperately craved, but their performance in beating Croatia 3-1 in their Group A opener will not have been what coach Luiz Felipe Scolari had in mind.

'Felipao' will be a relieved man as his side recovered from the loss of an early Marcelo own-goal to win 3-1 at the Corinthians Arena in Sao Paulo. (Match Highlights | Full report | Match pics) 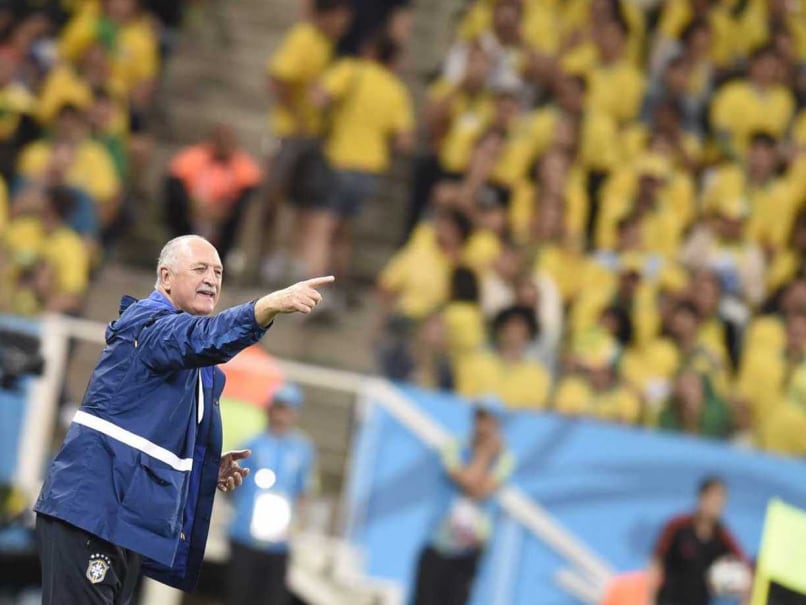 It is the ninth consecutive World Cup in which Brazil have started with a win. They have not lost their opening game since the 1934 finals in Italy, yet this was the first time they had scored more than twice to start their campaign since thumping Czechoslovakia 4-1 in 1970. (Controversy: Croatian coach cries foul!)

However, the side that lifted the Jules Rimet trophy that year in Mexico are remembered by many as the greatest international team of all time, while the 2014 version displayed on Thursday that they are far from the finished article.

The final scoreline flattered the hosts. The decision by Japanese referee Yuichi Nishimura to award the penalty that was converted, just, by Neymar to put Brazil 2-1 up in the 71st minute was highly controversial at best.

Watching the game alongside AFP's correspondent in Teresopolis, the home of the Brazil team, former international Dada Maravilha could scarcely hide his disbelief when the spot-kick was given.

"There is nothing," said the 68-year-old, a member of the triumphant 1970 squad, but he was as relieved as the rest of his compatriots when Oscar's goal sealed the win seconds after Julio Cesar pulled off a fine save to deny Marcelo Brozovic an equaliser.

It wasn't supposed to be like this, with Brazilians expecting their side to come flying out of the blocks just as they did against Japan in the first game of last year's Confederations Cup.

On that occasion, Neymar scored inside three minutes to set the Selecao on the way to lifting the trophy.

If they could take an early lead, they could then rely on what technical co-ordinator Carlos Alberto Parreira proudly described as "the best defence in the world" to soak up the pressure and see out the win.

Instead, Croatia started boldly, pressing high up the pitch and the weaknesses of Brazil's defence were laid bare when right-back Dani Alves was caught hopelessly out of position, allowing Ivica Olic to cross.

Nikica Jelavic got a touch and Marcelo at the back post could only help the ball on its way into the net.

In the build-up to the game, Brazil's sporting press had expressed concern that Scolari lacked a 'Plan B', but they were forced to do things differently.

They dominated possession and a precise low strike by Neymar brought them level before they went on to win the game in fortuitous fashion in the second half.

The host team had never lost their opening game in the history of the World Cup, and that statistic remains intact.

Some might say that would have been impossible without the assistance of the referee -- the same official who sent off Felipe Melo as Brazil lost 2-1 to the Netherlands in the 2010 quarter-finals -- but the performance of Oscar was arguably more important than anything else.

The Chelsea midfielder's place in the side had been cast in some doubt as he struggled to rediscover his best form after a poor end to the club season, but Scolari kept faith in the 22-year-old and was rewarded for doing so.

Oscar won the ball in central midfield to create Neymar's equaliser and his cross from the right led to the second-half penalty. He then capped off a superb display with the opportunistic late strike that clinched a crucial victory.