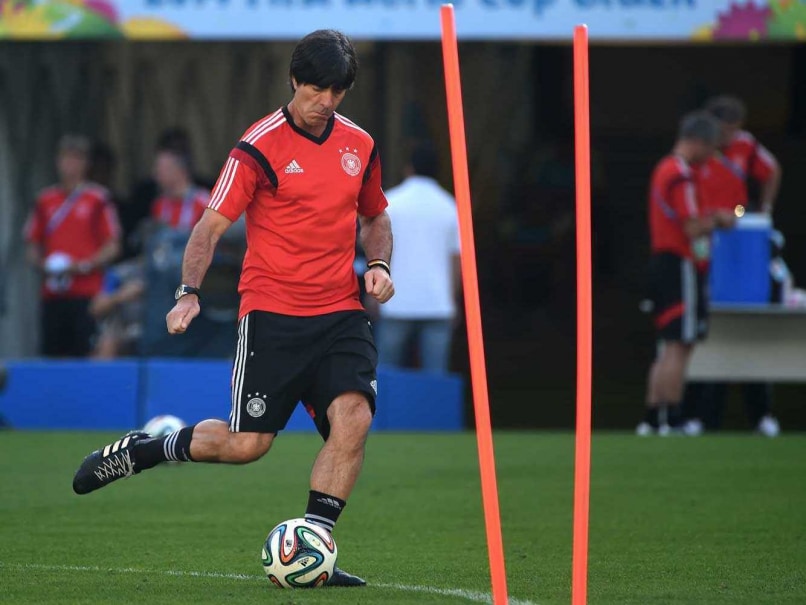 The Germans beat France 1-0 to advance to the semis of the FIFA World Cup 2014.© AFP

Germany beat France 1-0 thanks to a goal from Mat Hummels to seal their place in the semis of the FIFA World Cup 2014.

On the eve of the game coach Joachim Loew insisted that the best is yet to come from his side. (Complete FIFA World Cup coverage)

Loew's Germans take on the French at Rio de Janeiro's Maracana stadium, but have failed to impress since thumping Portugal 4-0 in their opening match. (Main preview: Germany face acid test against France)

Germany finished as group winners after grinding out a 2-2 draw with Ghana and a 1-0 win over the USA, but laboured to a 2-1 extra-time win over Algeria on Monday in the last 16 after struggling to finish their chances.

The German coach is bidding to steer his side to the semifinals of a major tournament for the fourth consecutive time in his eight-year reign.

Germany have so far failed to recapture their dazzling form of 2010 when they finished third in South Africa, claiming the scalps of England and Argentina en route.

But Loew says the best is yet to come as they bid to beat France and claim a place in Tuesday's semifinal against either Brazil or Colombia.

"We haven't shown a consistent level of performance so far," said the 54-year-old Loew. "Teams like Ghana and USA had nothing to lose and everything to win, this game is different. We have not yet delivered our best possible performances. That is still to come."

"We had a very bad first half against Algeria, but were better in the second. The team showed they can fight, Algeria fought hard, but we fought harder. We brought them to their knees in the second half and we really had a strong will to win," he observed.

"Some people have said 'who are Algeria?' but that shows they have little footballing knowledge. This isn't an easy-to-figure out computer game and your own team isn't always easy to program, but you have to find the right combinations," said Loew.

"You either win and stay or lose and go home."

Loew has a contract with the German FA (DFB) until June 2016 and a quarterfinal exit will put him under pressure to resign.

But it's not a new situation for him.

"I don't think it's the out of the ordinary. In South Africa it was the same, I couldn't care less about what is going on or what is being said," he insisted.

"I haven't read a German newspaper since we got here. We are focused on how we can win, not how we can avoid losing", the coach had said.

Comments
Topics mentioned in this article
Germany FIFA World Cup 2014 France Football
Get the latest updates on ICC Women's Cricket World Cup 2022 and IPL 2022, check out the Schedule , Live Score and IPL Points Table. Like us on Facebook or follow us on Twitter for more sports updates. You can also download the NDTV Cricket app for Android or iOS.