During Argentina's 1-0 win over Belgium in the World Cup quarter-final, Angel Di Maria suffered a thigh injury and had to be substituted in the 33rd minute. 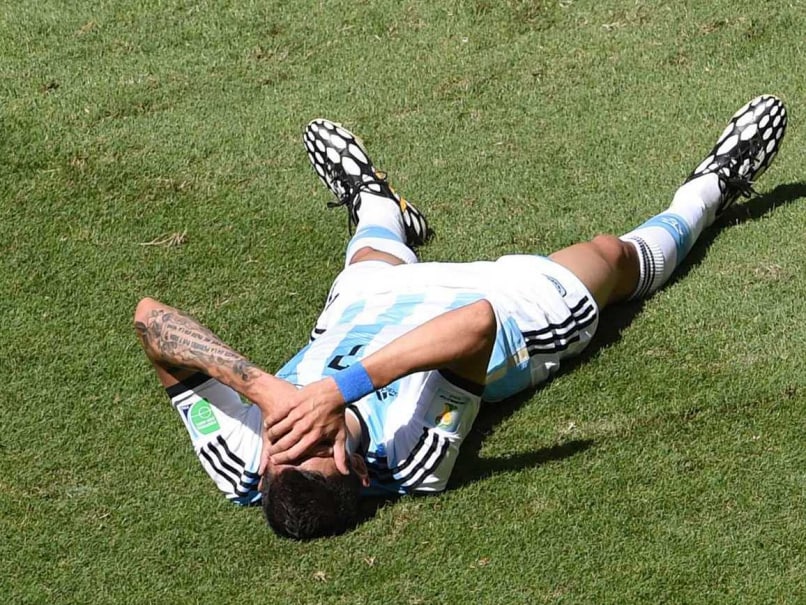 Argentina coach Alejandro Sabella said here on Saturday that he hoped Angel Di Maria would be fit to play in Wednesday's semi-final.

During Argentina's 1-0 win over Belgium in the World Cup quarter-final, Di Maria suffered a thigh injury and had to be substituted in the 33rd minute, reports Xinhua.

"We lost one player and hope it won't be too much in the case of Angel."

"He is vital to us, but the players played an excellent match from a tactical and strategic point of view: the idea of giving and not receiving in order to create a virtuous circle. We want more, but we lived up to the objective, which was to be a part of the final four of the best teams in the world," he said.

Gonzalo Higuain, who scored the winner in today's match and became the Man-of-the-Match, also spoke highly of Di Maria.

"He's part of the starting eleven and is very helpful," Higuain said.

"I'm really sorry that he left, but we will join forces and hope he will be ready as soon as possible. We know what he represents for the team."

A delighted Sabella said: "After 24 years, we can be among the four best teams in the world. So as you can tell, this is a huge, but moderate joy. We have to reserve our energy."

Comments
Topics mentioned in this article
FIFA World Cup 2014 Argentina Belgium Football
Get the latest updates on ICC Women's Cricket World Cup 2022 and IPL 2022, check out the Schedule , Live Score and IPL Points Table. Like us on Facebook or follow us on Twitter for more sports updates. You can also download the NDTV Cricket app for Android or iOS.