FIFA World Cup 2014: Nothing Will be the Same Again, Says Luiz Felipe Scolari

Brazil's FIFA World Cup 2014 dream was left in tatters when they suffered a record 7-1 defeat to Germany in Tuesday's semifinal in Belo Horizonte, with coach Luiz Felipe Scolari labelling that day as the worst of his life. 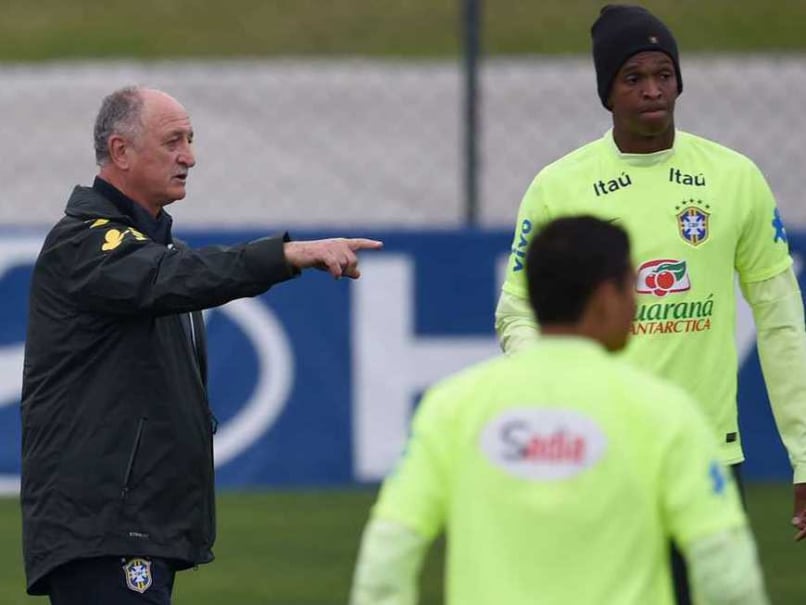 Brazil's coach Luiz Felipe Scolari (L) directs his players at a training session in Teresopolis on July 10, 2014, during the FIFA World Cup. Brazil will face Netherlands on July 12, in the third place play-off for the FIFA World Cup tournament in Brasilia.© AFP
Brasilia, Brazil:

Brazil coach Luiz Felipe Scolari admitted on Friday that a traumatic last six weeks both on and off the field will mark him for the rest of his life. (Also read: Van Gaal Gunning for Brazil)

"Lots of things have changed and have impacted on my life for better or for worse. In the coming days I will try to get on with my life, that I have left behind a little bit in recent days," said Scolari ahead of Saturday's World Cup third-place play-off against the Netherlands in Brasilia. (Also read: Brazil Playing for Pride)

"I will talk a bit with my family about everything that happened and get on with my life as normal, although of course it will not be the same.

"Nothing will be the same as it was before the squad got together," he added.

Brazil's World Cup dream was left in tatters when they suffered a record 7-1 defeat to Germany in Tuesday's semifinal in Belo Horizonte, with Scolari labelling that day as the worst of his life.

But he has experienced tragedy off the field too. Just days before Brazil's first World Cup match last month, he discovered that his nephew had been killed in a car crash.

That came just weeks after his brother-in-law died in similar circumstances.

Scolari's contract as Brazil coach will run out after Saturday's match, although there have been suggestions that the Brazilian Football Confederation (CBF) might ask him to stay on until the end of the year.

"My job began and ends with the World Cup. Tomorrow (Saturday) brings this phase to a close," he said at a press conference at the Mane Garrincha National Stadium.

"After that we will look at what I did right and wrong. In about a year and a half there have been a lot of very good things - we can't only look to the result of one match.

"We can't say the whole job was badly done because of one result," added Scolari, who said that he had not had any discussions regarding his future with current CBF president Jose Maria Marin or the incoming president Marco Polo.

Scolari took over for a second spell as Brazil coach in late 2012, replacing the sacked Mano Menezes.

Having led Brazil to glory at the 2002 World Cup in Japan, he hoped to repeat the feat this year on home soil.

"The aim was to get to the final and I didn't do it. If we had lost 1-0 instead of 7-1 it would not have been catastrophic but we would have lost all the same.

"I have a squad that played the Confederations Cup and won and were very good. They are young. Finishing in the top four is not the end of the world," said Scolari, who believes that the majority of his squad will be present at the next tournament in Russia in 2018.

And to motivate his side for Saturday's game, he used the example of Germany, who beat his Portugal team 3-1 on home soil in the third-place play-off at the 2006 World Cup with a line-up containing players who have helped them reach the final this time.

"We didn't make our dream come true but now we must go after another smaller dream and finish third," he insisted.