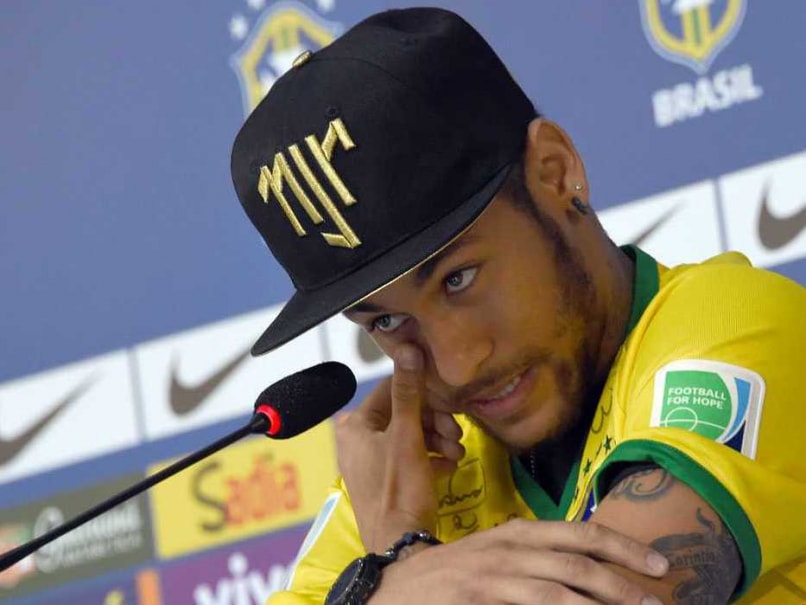 Brazil's forward Neymar gestures during a press conference in Teresopolis on July 10, 2014, during the FIFA World Cup. Brazil will face Netherlands on July 12, in the third place play-off for the FIFA World Cup tournament in Brasilia.© AFP
Brasilia:

"One - being Portugal's coach and winning nothing, two - going to Chelsea and being sacked the following day, three - going to coach in Uzbekistan, four - returning to Brazil, taking over a big team (Palmeiras) and getting them relegated to second division. Five - leaving the club 56 days before the end of the season to escape the relegation. Six - being an old jerk, arrogant, repulsive, conceited and ridiculous," Ribeiro tweeted, referring to Scolari.

Ribeiro is also Lucas Moura's agent, whom Scolari did not pick for the World Cup.

Comments
Topics mentioned in this article
FIFA World Cup 2014 Neymar Football
Get the latest updates on ICC Women's Cricket World Cup 2022 and IPL 2022, check out the Schedule , Live Score and IPL Points Table. Like us on Facebook or follow us on Twitter for more sports updates. You can also download the NDTV Cricket app for Android or iOS.