Brazil captain Thiago Silva, who is set to return to the side in Saturday's third-place play-off against the Netherlands in Brasilia, watched on as his team found themselves 5-0 down inside half an hour in the semifinal against Germany after conceding four goals in just six minutes. 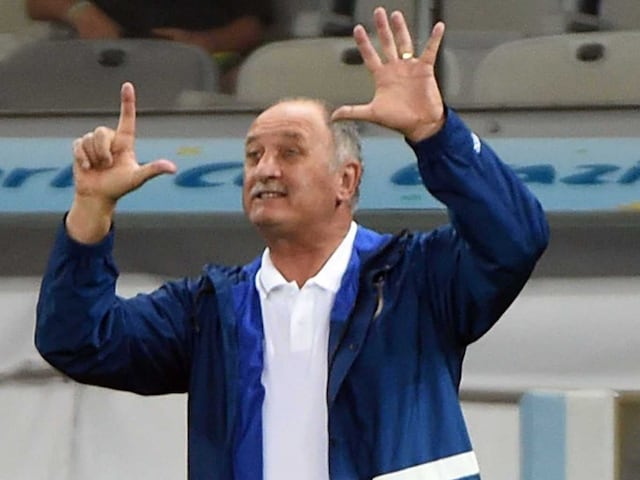 Brazil captain Thiago Silva on Friday spoke out in defence of coach Luiz Felipe Scolari, who has come in for a barrage of criticism in the wake of the World Cup hosts' embarrassing semifinal defeat to Germany. (Brazil Playing for Pride)

"The defeat was not Felipao's fault. We are a group, and although I was not on the field I am part of that group," said Silva, who missed Tuesday's record 7-1 defeat in Belo Horizonte due to suspension.

The Paris Saint-Germain centre-back, who is set to return to the side in Saturday's third-place play-off against the Netherlands in Brasilia, watched on as Brazil found themselves 5-0 down inside half an hour in the semifinal after conceding four goals in just six minutes. (Van Gaal Gunning for Brazil)

"Unfortunately that is what happened. It was six minutes of panic," he said, before admitting his regret at not being able to take part in Sunday's final at the Maracana Stadium in Rio de Janeiro.

"Of course it's frustrating. We all wanted to win a sixth World Cup but it was not possible. Felipao and his staff had confidence in the whole squad.

"It is frustrating because I had a lot of sleepless nights thinking about this World Cup and possibly getting to the final."

Brazil, who were famously defeated by Uruguay at the Maracana in the deciding game of the 1950 tournament, have not played a single game at the legendary venue in Rio de Janeiro this time.

As they prepare to face the Dutch at the Mane Garrincha National Stadium in the capital, Silva emphasised his hope that Brazil can rescue some pride by finishing third.

"The motivation is there, for me anyway. It is different of course to trying to finish in first place but we have to do everything to turn the page," added Silva ahead of the meeting with a Dutch side who were beaten on penalties by Argentina in the semifinals.

"We will be up against opponents of great quality who are only here because they missed penalties. Their team is much the same as that which beat us four years ago."

Holland beat Brazil 2-1 in the 2010 quarterfinals in South Africa with a line-up containing five players who also started against Argentina in Sao Paulo on Wednesday.

Comments
Topics mentioned in this article
FIFA World Cup 2014 Thiago Silva Germany Brazil Netherlands Football
Get the latest Cricket news, check out the India cricket schedule, Cricket live score . Like us on Facebook or follow us on Twitter for more sports updates. You can also download the NDTV Cricket app for Android or iOS.