Liverpool forward Suarez was given a four month ban from football for sinking his teeth into Italy defender Giorgio Chiellini during their final group match in Brazil last month. 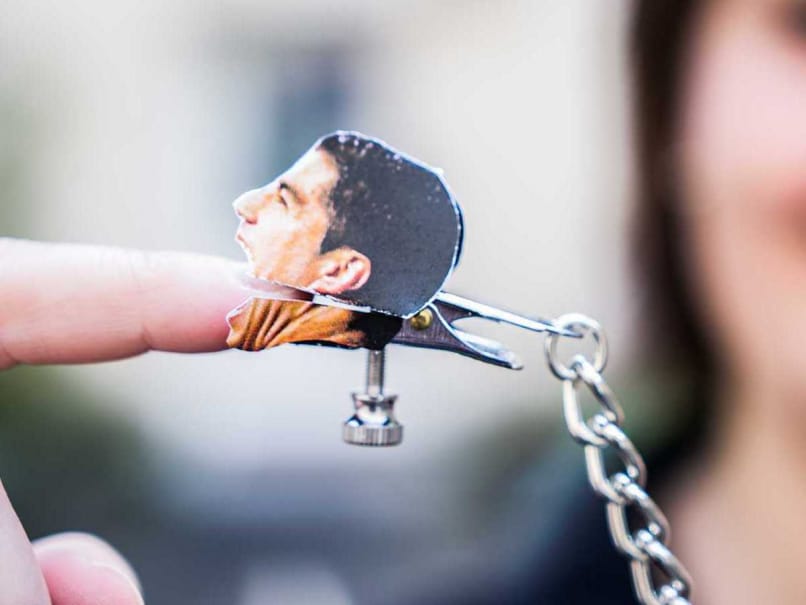 Companies around the world are cashing in on the Luis Suarez's 'bite' controversy by creating innovative products.© AFP
Beijing:

Chinese online stores are cheekily trying to cash in on Uruguay striker Luis Suarez's notorious bite of an opponent at the World Cup by selling bottle openers with his image. (Also read: A bite of fun - Swedish companies sell sex toys based on Luis Suarez's 'bite')

Liverpool forward Suarez was given a four month ban from football for sinking his teeth into Italy defender Giorgio Chiellini during their final group match in Brazil last month. (Related: Suarez apologises)

He was also suspended for nine internationals and fined 100,000 Swiss francs (112,000 dollars) for what was his third offence of biting an opposition player.

The China Daily newspaper reported that the products were proving popular.

"I came up with the idea the night I watched the game and saw the bite," Wang Lin, who owns an e-shop on Taobao.com, told the paper.

"It has been a good sales idea, the only problem being that the manufacturing process cannot keep up with demand," he added.

The bottle openers are not the first fun response to Suarez's bite -- an online Swedish sex shop unveiled a "Suarez nipple clamp" in the form of the footballer's head, teeth bared, for 33 euros ($45).

Uruguay have lodged an appeal against the ban on Suarez who later apologised for his actions.

Comments
Topics mentioned in this article
Uruguay Luis Suarez FIFA World Cup 2014 Football
Get the latest updates on ICC Women's Cricket World Cup 2022 and IPL 2022, check out the Schedule , Live Score and IPL Points Table. Like us on Facebook or follow us on Twitter for more sports updates. You can also download the NDTV Cricket app for Android or iOS.