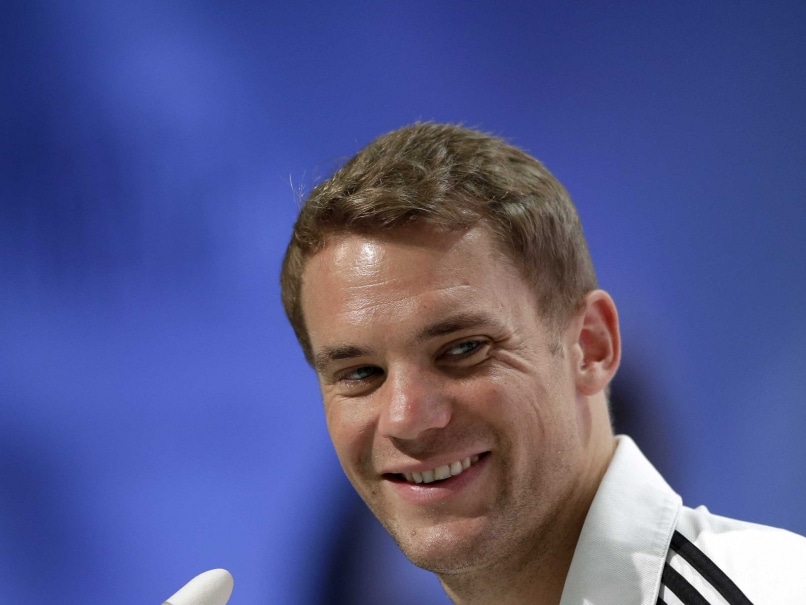 Manuel Neuer is sure France will be tough nuts to crack in the quarterfinal.© AP
Porto Alegre:

Germany goalkeeper Manuel Neuer said that they have a tough task ahead when they take on France in the World Cup quarter-finals. (Preview: France vs Germany Quarterfinal)

The two sides will meet July 4 at the Maracana Stadium in Rio de Janeiro, reports EFE.

In the Round of 16, Germany defeated Algeria 2-1 in extra time in a tough game Monday. Neuer performed brilliantly as he rescued his goal several times from Algerian raids.

The goalkeeper said that he is content with the qualification but warned against the difficult game against the 'Les Bleus'.

Comments
Topics mentioned in this article
France Germany FIFA World Cup 2014 Manuel Neuer Football
Get the latest updates on ICC Women's Cricket World Cup 2022 and IPL 2022, check out the Schedule , Live Score and IPL Points Table. Like us on Facebook or follow us on Twitter for more sports updates. You can also download the NDTV Cricket app for Android or iOS.