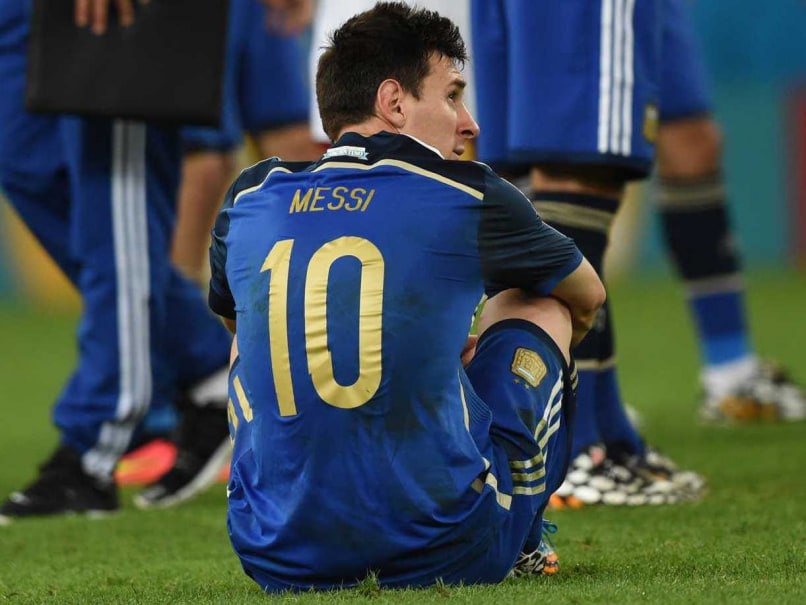 Lionel Messi after his team went down to Germany in the final of FIFA World Cup.© AFP
Buenos Aires:

Diego Maradona has slammed Argentina's second-place finish in the World Cup, saying the team "did not play at all."  (Runners-up Argentina receive heroes' welcome at home)

The former Argentina star, and coach of the national side four years ago in South Africa, said the team led by Lionel Messi should have been winning matches by three goals each time. (Lionel Messi considered move to Arsenal: Report)

Argentina lost to Germany 1-0 in the World Cup final earlier this month at Rio de Janeiro's Maracana stadium. Maradona's team in the 2010 World Cup was eliminated in the quarterfinals.

Argentina won its first five matches by one goal each time, then reached the final by defeating the Netherlands on penalties after a 0-0 draw following 30 minutes of extra time.

Comments
Topics mentioned in this article
FIFA World Cup 2014 Argentina Lionel Messi Diego Maradona Football
Get the latest updates on India vs Australia Series, check out the India vs Australia Schedule for 2020-21 and Ind vs Aus live score . Like us on Facebook or follow us on Twitter for more sports updates. You can also download the NDTV Cricket app for Android or iOS.