Costa Rica may not have an army, but their players fought valiantly on the Salvador field of battle, holding the star-studded Dutch attack goalless for 120 minutes before losing FIFA World Cup quarters in penalty shootout. 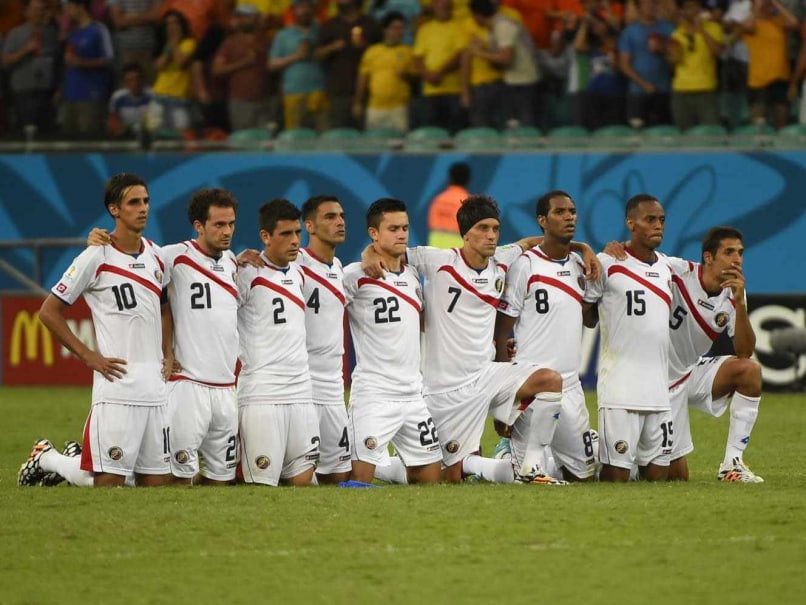 The small Central American nation may not have an army, but their players fought valiantly on the Salvador field of battle, holding the star-studded Dutch attack goalless for 120 minutes. (Also read: When Tim Krul denied Costa Rica)

Man of the match Navas was exceptional, producing superb save after save, only getting caught out when it came to spot-kicks.

"This World Cup has been a great experience and we're leaving with our heads held high," he said.

"Everyone did a good job. We left everything on the pitch. Nobody likes to lose and it's hard. We didn't lose any game - a penalty shoot-out isn't a defeat."

Coach Jorge Luis Pinto was bursting with pride at his player's contribution to the tournament which saw them see off previous winners Italy and Uruguay and draw with England in the first round before edging Greece on penalties in the last 16.

"This evening I thought we matched the Dutch and although we can improve on certain things, we're making great progress," said Pinto.

The 61-year-old Colombian added: "We've shown that we can organise ourselves, that we have good tactics and we can play football.

"We have left a positive and dignified impression of Costa Rican football. I'm proud of the players and so is the country. They've given everything they have."

He described the mood in the dressing room as hurt but happy after standing shoulder to shoulder with Louis van Gaal's Dutch side.

"When we came here many people didn't believe in us, but during this World Cup we've done many beautiful things.

"Even though we have to leave the tournament we haven't been beaten, even by the super-powers we came up against."