A statement on the Cameroon Football Federation's (FECAFOOT) official Facebook page said the body's Ethics Committee would lead the investigation against alleged reports of match-fixing involving the country's World Cup squad. Seven Cameroon players are said to be involved. 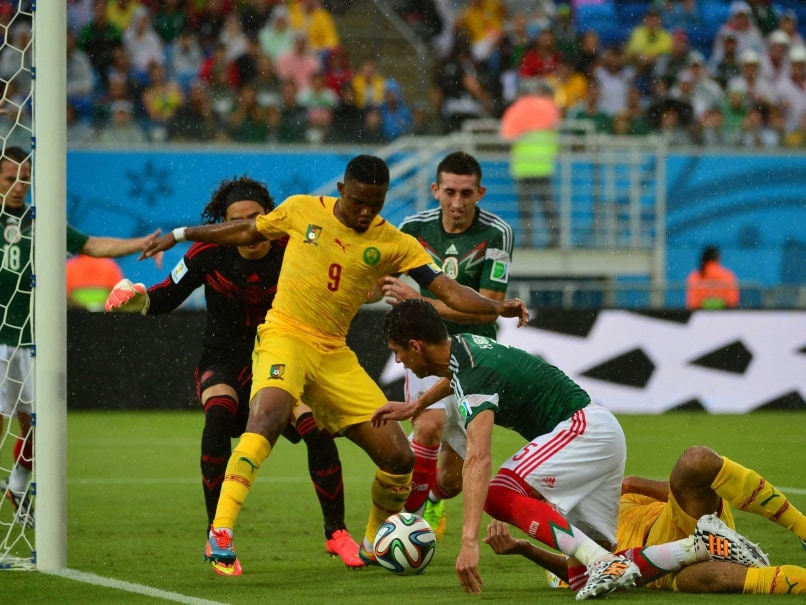 Cameroons forward Samuel Etoo (C) controls the ball next to Mexicos defenders as he attempts to score during the Group A football match between Mexico and Cameroon at the Dunas Arena in Natal during the 2014 FIFA World Cup on June 13, 2014. © AFP
Yaounde, Cameroon:

A statement on the Cameroon Football Federation's (FECAFOOT) official Facebook page said the body's Ethics Committee would lead the investigation.

It followed a report in Germany which claimed a Singaporean match-fixer had accurately predicted the scoreline before Cameroon's 4-0 thrashing by Croatia in Group A on June 18.

The report said the match-fixer had also predicted that a Cameroon player would be sent off in the first half. Alex Song was dismissed during the opening 45 minutes for a foul on Mario Mandzukic.

"We wish to inform the general public that, though not yet contacted by FIFA in regards to this affair, our admnistration has already instructed its Ethics Committe, to further investigate these accusations," FECAFOOT said.

"We are strongly committed to employ all means necessary to resolve this disruptive matter in the shortest delays."

The statement added that Cameroon football had never been sanctioned for "match-fixing or any fraud of any kind."