Brazil Celebrates After a Spirited Victory Against Colombia

Brazil defeated a determined Colombia 2-1 to enter FIFA World Cup 2014 semifinal where they will face Germany. Fans in the host nation celebrated late into the night. 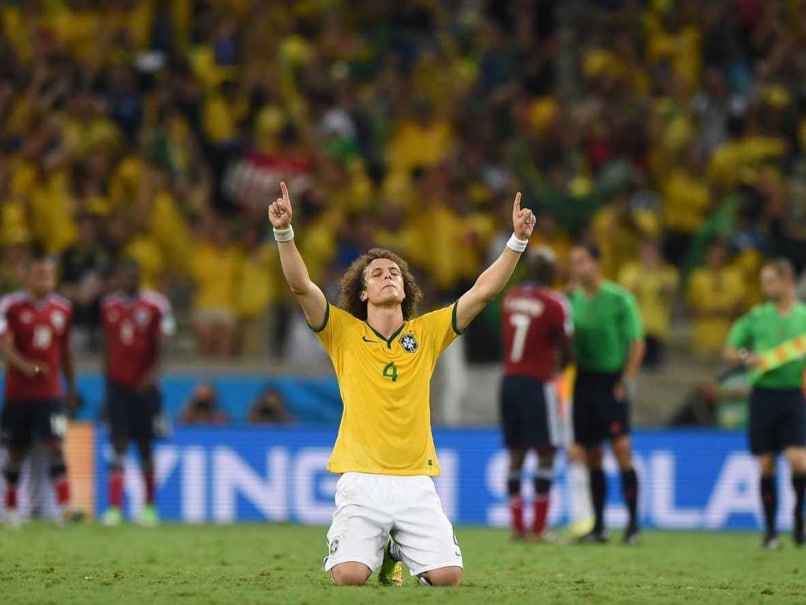 Despite a beginning shrouded in uneasiness, the World Cup in Brazil had morphed over four weeks into a rollicking party. Public anger about the tournament, about the hypocrisy and misplaced values it was said to represent, noticeably dissipated as the home team charmed more and more of the nation. (Complete FIFA World Cup coverage)

Streets across the country cleared out when Brazil played, but they nevertheless filled with invisible noise that streamed from restaurants and homes. Fireworks sizzled in every major city to announce every goal, every win. And after the games, the music was turned all the way up again. (Highlights: Brazil vs Colombia)

The party continued, even louder, on Friday night. Showing its most spirited performance yet in this quarterfinal game, Brazil dispatched an upstart Colombia team, 2-1, in front of a deafening sellout crowd at Estadio Castelao. (Also read: Germany frustrate France, win 1-0 to enter semis)

The team this summer has had only one goal: to win its sixth World Cup trophy in front of its home fans. The next step will come Tuesday, when Brazil faces Germany in a mouthwatering semifinal matchup. (Recap read: Why Brazilian fans were scared of Colombia)

Even as the nation partied these last weeks, it was plain to see how the crushing weight of expectation suffocated the team. After Brazil squeezed past Chile in the Round of 16 last week, emerging from that game only after enduring a nail-biting penalty shootout, several players collapsed to the grass in tears. Whether it was acceptable for the players to cry so much became a matter of public discourse here. (Must read: Neymar out of World Cup with fractured vertebrae | "Neymar is being hunted")

The emotional burden was obvious again Friday. Brazil's goals came from its two center backs, Thiago Silva and David Luiz, and both players celebrated them on their knees with their hands pointed solemnly to the sky. And many of Brazil's players collapsed to the ground in exhaustion at the final whistle after they held on following a late penalty from James Rodriguez.

Colombia had become the darlings of the tournament while playing an upbeat brand of fast-passing soccer, scoring copious goals and celebrating them with unbalanced joy. If Brazil was the team with everything at stake, Colombia seemed like the team with nothing to lose.

Colombia,  galvanized in this tournament by Rodriguez, was hoping to beat Brazil for the first time since 1991; instead the players will head home.

After a deafening rendition of the Brazilian national anthem, there was hardly a break in the noise as Brazil snatched a lead in just the seventh minute. Taking a corner kick from the left side, Neymar bent a ball over a crowd of players to the far post. Silva, the team's captain, sprinted onto it unmarked and pushed it over the line with his left knee, igniting wild celebrations in the stands.

The game had begun at a frantic pace, and it did not let up after that first goal, as Brazil sent multi-layered attacks cascading toward Colombia's defense. It hardly mattered who had the ball. At one point late in the first half, Luiz, one of the Brazil's two central defenders, tried a solo dribbling romp deep down the right sideline. It was predictably fruitless, but it indicated the team's general intent.

And as it turned out, it was Luiz celebrating in the 69th minute after pounding in a sensational free kick from 30 yards out. The ball barely underwent a full rotation on its scorching parabolic path, evading the reach of goalkeeper David Ospina and nestling into the upper right portion of the net.

Luiz sprinted toward the stands, rising up to kick the corner flag on the way. Second later, he was on his knees, pointing to the sky.

But the atmosphere grew nervous again in the 80th minute as Colombia cut into the lead. Carlos Bacca won a penalty for Colombia after getting wiped out by keeper Julio Cesar on a one-on-one chance in front of goal. And Rodriguez stutter stepped and slipped the ensuing kick into the bottom left corner of the goal, sending Cesar, who was yellow-carded, the wrong way.

It led to a frantic finish and a whistle that was music to the fans' ears. They lingered to sing and cheer the players, who joined hands at midfield to salute the different corners of the stadium.

Comments
Topics mentioned in this article
Brazil Colombia FIFA World Cup 2014 Football
Get the latest updates on ICC T20 Worldcup 2022, check out the Schedule and Live Score. Like us on Facebook or follow us on Twitter for more sports updates. You can also download the NDTV Cricket app for Android or iOS.