Four-time player of the year Lionel Messi has finally sparked for his country, hitting four of their six goals as Argentina qualified top of Group F. 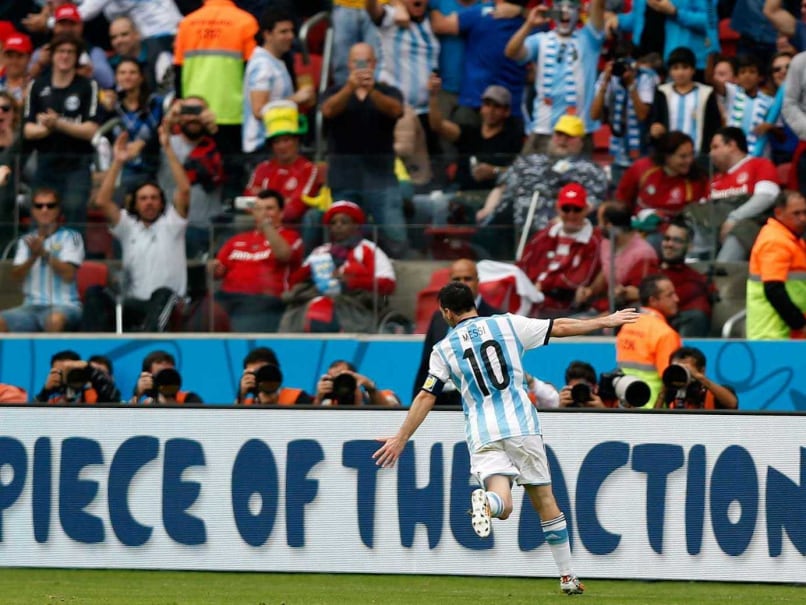 Action Hero: Messi gets a resounding farewell as he is substituted during a 2014 FIFA World Cup game.© AP
Sao Paulo:

Lionel Messi's goals have fired Argentina into the World Cup last 16 but they will look for a better all-round performance when they meet Switzerland Tuesday.

The diminutive four-time player of the year has finally sparked for his country, hitting four of their six goals as Argentina qualified top of Group F. (Read: Messi is our Maradona, Says Argentine Coach)

They will face their toughest opponents yet in Switzerland, who put seven goals past group opponents Ecuador, France and Honduras, including three from Xherdan Shaqiri.

"Now we can't make any mistakes as any error will see us getting knocked out," Messi warned after Argentina negotiated the group stage.

"There is nothing more beautiful than to be world champion, to achieve that with my country."

In Argentina's favour is that more than 100,000 of their fans are expected to flood Sao Paulo ahead of Tuesday's game, including many inside Corinthians Arena.

But they will have to cope with the loss of Manchester City forward Sergio Aguero, who is out with a muscle injury after going off in the first half against Nigeria.

Both Messi and coach Alejandro Sabella acknowledge that Argentina are a work in progress but they will now hope to raise the heat on their slow-burning campaign.

"We've got nine points, but we can always get better," Sabella said.

Former Bayern Munich coach Ottmar Hitzfeld will relish the clash against one of the pre-tournament favourites in what he says will be his last hurrah before retirement.

Despite their 5-2 hammering by France, Switzerland have twice bettered Latin American opposition already after their 2-1 and 3-0 wins over Ecuador and Honduras respectively.

Their attack will be spearheaded by one of the revelations of the tournament, 22-year-old Shaqiri, who hit all three goals against Honduras to secure Switzerland's qualification.

The winger, the first Swiss player to score multiple goals in a World Cup match since 1954, has hit the headlines after making just 10 league starts for Bayern Munich this season.

Switzerland have never beaten Argentina in six attempts. And they know all about Messi, who struck his first international hat-trick in their 3-1 friendly win in Bern in February 2012.

"We'll prepare ourselves to face Messi, as well as their other players, but of course he has the quality to decide games," said goalkeeper Diego Benaglio.

"It will be relatively hard to shut him out, but he's not the only dangerous player in a very good team.

"Argentina don't revolve just around Messi even though he's their superstar. But we know all about the skills he has and it helps that we've seen a lot of him."

Hitzfeld's attacking options have been reduced by a cruciate knee ligament injury suffered in training by forward Mario Gavranovic, an unused substitute in all three group games.