USA played spirited football in the FIFA World Cup 2014 before eventually bowing out to Belgium in the Round of 16. 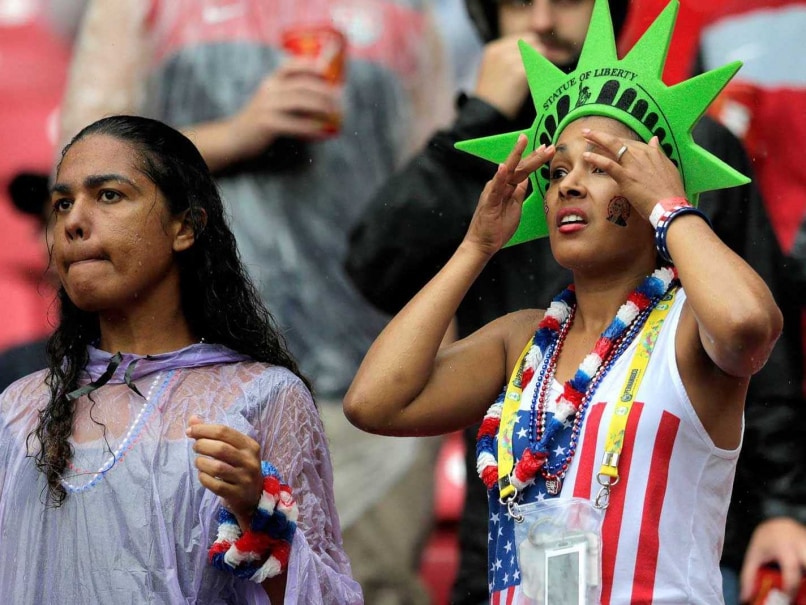 Underneath the jingoistic backlash that engulfed Jurgen Klinsmann last month when he dared to say that the United States national team was not currently capable of winning the World Cup was an actual question that is genuinely confusing - particularly to casual soccer fans. When it comes to American soccer, what is success?

The question is even more pointed, as the U.S. players packed their bags in Sao Paulo on Wednesday and prepared to scatter after their elimination by Belgium on Tuesday. Some were headed on vacation, some were headed home. But should they fly out of Brazil happy? Disappointed? Satisfied? Angry?

And what of the fans, the ones who packed parks and bars and pubs across the country? Technically, the United States finished 15th in a 32-team tournament. Was that good?

Start here: This is not 1994, not a point in the sport's history where the U.S. Soccer Federation can look at the huge interest generated in the World Cup and dismiss the results as irrelevant. Overflow crowds at watch parties are nice, to be sure, but U.S. Soccer, the sport's governing body, is beyond that.

The United States is also, as Klinsmann said, not a realistic contender to win the World Cup trophy. A vocal segment of the American sports public found that opinion offensive, for some reason, but it is certainly Klinsmann's prerogative to say what he wants. The results - being realistic and not dreamy - did not seem to dampen the players' motivation in the way that Vince Lombardi devotees might have had you believe.

For better or worse, the United States is still squarely in the middle of its sport's landscape. In international soccer terms, that means coming up with a more abstract vision of what is acceptable. On Tuesday night, the knee-jerk response was to look at the loss to Belgium in extra time in the Round of 16 and hold it up next to the loss to Ghana, in extra time, in the Round of 16 four years ago. Two defeats in similar fashion at the same point in the tournament? The narrative could write itself: four years later, the United States has made no progress.

But this is fallacy. There is some value in tracing the rise of a particular country based on its World Cup results, but since it is rare for coaches to remain for more than one or two four-year cycles and teams generally have some measure of turnover on their rosters, drawing a conclusion from the tournament outcomes makes little sense.

The United States has won only four of its last 19 World Cup games, which sounds like a dreary statistic but has little contextual meaning. After all, those 19 games were played over the last 16 years and featured four coaches and more than 75 players. It would be nearly as ridiculous to say the United States is on a three-game losing streak in elimination games.

Sunil Gulati, the president of U.S. Soccer, pointed out after the game that the Round of 16  has become the "swing" game for the Americans, the game that determines the overriding emotion about a particular tournament. Failing to make the knockout round is a disappointment. Winning a knockout game is a joy. Losing that game is something murkier, which is why Gulati has chosen to base his opinion of the team on factors that are inherently broader.

Gulati has hitched U.S. Soccer to Klinsmann, giving him unprecedented resources and the responsibility to shape the direction of the national program. When asked how he would evaluate Klinsmann, he referred to the federation's decision to give Klinsmann a four-year contract extension before this World Cup began. "In some ways, I did that evaluation when we re-signed him to a contract," Gulati said, noting that he "had seen enough positive movement in not just the national team but in the whole program."

Whether Klinsmann has made a marked difference in the philosophy of the U.S. youth teams or player development systems is something most followers of the team have little insight on (or interest in). But in terms of the national team, the barometer of Klinsmann's success cannot be one game, or even four games, in Brazil. It has to be about his significant decisions.

Klinsmann has done well. He arrived as the coach in 2011 preaching change and making it clear he had no problem with making his players uncomfortable or uneasy. He also showed he was unbothered by controversy or criticism, even if his choices were unpopular.

Klinsmann chose to cut Carlos Bocanegra and then Landon Donovan, two mainstays of the team. By any objective measure, neither player was greatly missed. Klinsmann chose to bring to Brazil young players such as Julian Green and John Brooks and DeAndre Yedlin, all of whom showed great immediate results as well as incredible promise. Brooks and Green scored goals, and Yedlin might have been the most impressive of the three with his dynamic display against Belgium

On Wednesday, Klinsmann vowed to continue pushing youth into the team, promising to showcase even more of the younger players - the ones still young enough to be molded in his design - during next summer's Gold Cup as well as in the Copa América tournament and the Rio Olympics in 2016.

His comments were forward-thinking and progressive, which is exactly what U.S. Soccer wants. The United States is not yet good enough in soccer to base its worth on comparisons with the past, and to do so makes little sense. Fans of England - which, if you're looking for a meaningless statistic, has won one of its last eight World Cup matches in eight full years - are well aware of this phenomenon though even they are coming around.

In Klinsmann, the Americans have an established leader. They have a direction. They have a clearly defined approach for the future.

Was this World Cup a success for the United States?

The answer, quite simply, is yes.

Comments
Topics mentioned in this article
United States FIFA World Cup 2014 Football
Get the latest updates on ICC Women's Cricket World Cup 2022 and IPL 2022, check out the Schedule , Live Score and IPL Points Table. Like us on Facebook or follow us on Twitter for more sports updates. You can also download the NDTV Cricket app for Android or iOS.