Indian fencer Bhavani Devi said Prime Minister Narendra Modi's words have instilled motivation in her to give her best in the upcoming Tokyo Olympics. 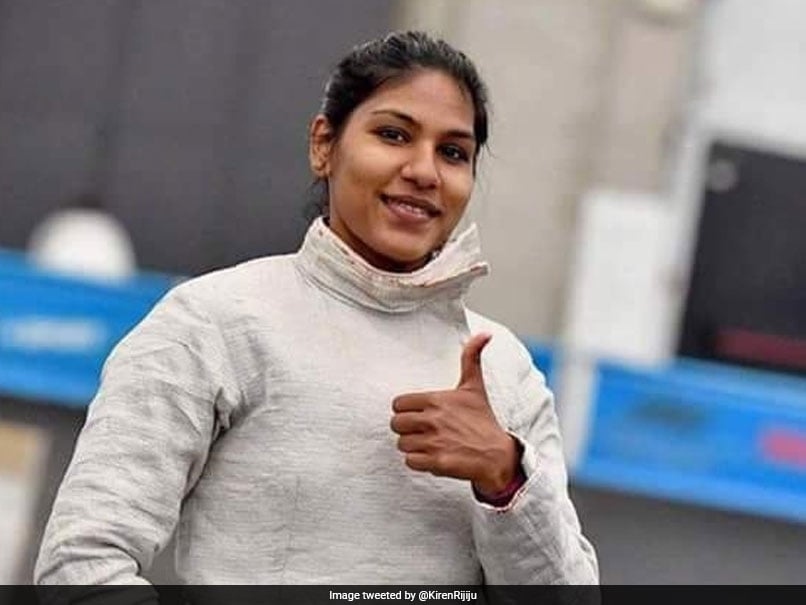 Bhavani Devi said that competing at the Olympic Games is like a dream come true moment for her.© Twitter

Indian fencer Bhavani Devi on Sunday thanked Prime Minister Narendra Modi for mentioning her name during his monthly radio address 'Mann Ki Baat' and said it is inspiring when PM talks about athletes who have given their best efforts to achieve their dreams. In his radio programme 'Mann Ki Baat' on Sunday, the Prime Minister urged the nation to come forward and support all the athletes who would be heading to the Tokyo Olympics to make the country proud. He also gave a special mention to athletes Bhavani Devi and Shivpal Singh, who have overcome adversities to attain qualifications for the upcoming Tokyo Olympics.

Bhavani said Prime Minister Narendra Modi's words have instilled motivation in her to give her best in the upcoming Tokyo Olympics.

"Honourable Prime Minister Narendra Modi ji, thank you very much for talking about the Olympics and athletes who have given their best efforts to achieve their dreams. It's always an inspiration when you talk about us and support us, not only for me but for all Indian contingent," Bhavani told ANI.

"We will try and give our best at the Olympics games, this is my first Olympics and was a dream come true for me. I'll do my best efforts at the Olympic games and make my country proud, Jai Hind," she added.

PM Modi also highlighted the importance of staying true to your roots no matter how much success one achieves in life.

He gave the example of Priyanka Goswami on how she overcame challenges to make a name for herself in Race-Walking competition.

"The life of Priyanka Goswami Ji of Muzaffarnagar, Uttar Pradesh also teaches a lot. Priyanka's father is a bus conductor. As a child, Priyanka adored the bag that the medal winners were presented with. It was this fascination that made her participate in the Race-Walking competition for the first time. Now, she is a big champion of that," said PM Modi.

"Today in Man Ki Baat honourable Prime Minister Narendra Modi ji talked about my struggles. That has motivated me, PM Modi keeps motivating us and has solved our problems which helps us to perform better. All athlete going for the Tokyo Olympics will perform their best," said Priyanka.

Tokyo Olympics was slated to be held last year, but it was postponed due to the COVID-19 pandemic, and now it will be held from July 23-August 8 this year. Over 110 athletes from India have so far qualified for the Games and the final number should be between 120 to 130.