UEFA Euro 2020: After France's 1-0 win over Germany, Paul Pogba, who is a Muslim, removed a beer bottle placed in front of him during the post-match press conference. 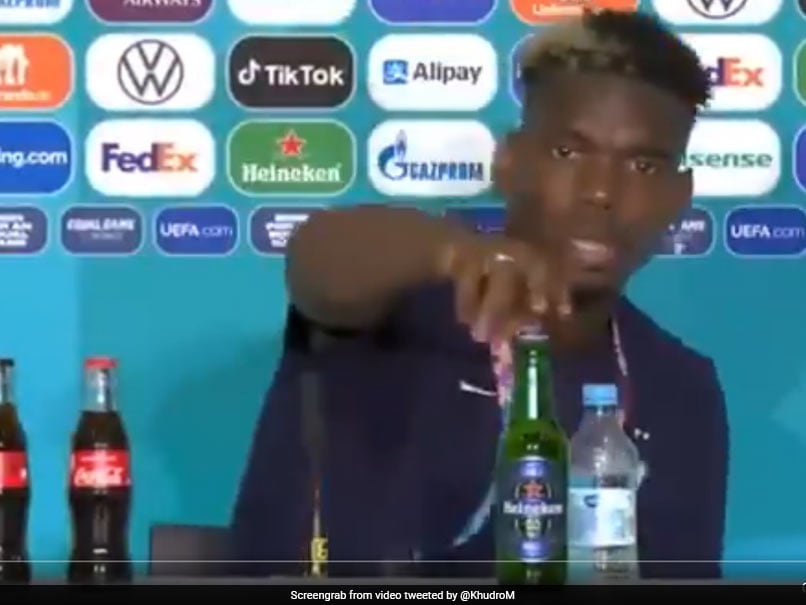 France football star Paul Pogba on Wednesday removed a beer bottle placed in front of him during the post-match press conference after France's 1-0 UEFA Euro 2020 win against Germany at the Allianz Arena in Munich. It is worth mentioning that the Manchester United midfielder is the second player to do so in the ongoing Euro 2020 tournament. Pogba is a Muslim, and is known to avoid alcohol. Earlier, Portugal skipper Cristiano Ronaldo removed Coca-Cola bottles placed in front of him and encouraged everyone to drink water instead, during a press conference.

Here is the video of Pogba's incident at the Allianz Arena:

France had to rely on a 20th-minute own-goal by defender Mats Hummels for the win against Germany.

The match also saw the return of Karim Benzema, who started as his side's striker. The Real Madrid man, who didn't feature in the Euro 2016 and 2018 FIFA World Cup, due to his alleged part in blackmailing fellow countryman Mathieu Valbuena. Benzema's ban saw Oliver Giroud feature more as the preferred striker in the two tournaments.

During the win over Germany, Giroud was on the substitute bench and didn't feature, despite Benzema being substituted in the second half.

France (three points) are currently second in Group F, which is also being called the Group of Death by football fans. Portugal are on top of the table with the same number of points, but a better goal difference. Germany are in third position, followed by Hungary in fourth spot.

France will next face Hungary on June 19 for their next game, followed by Portugal on June 24.