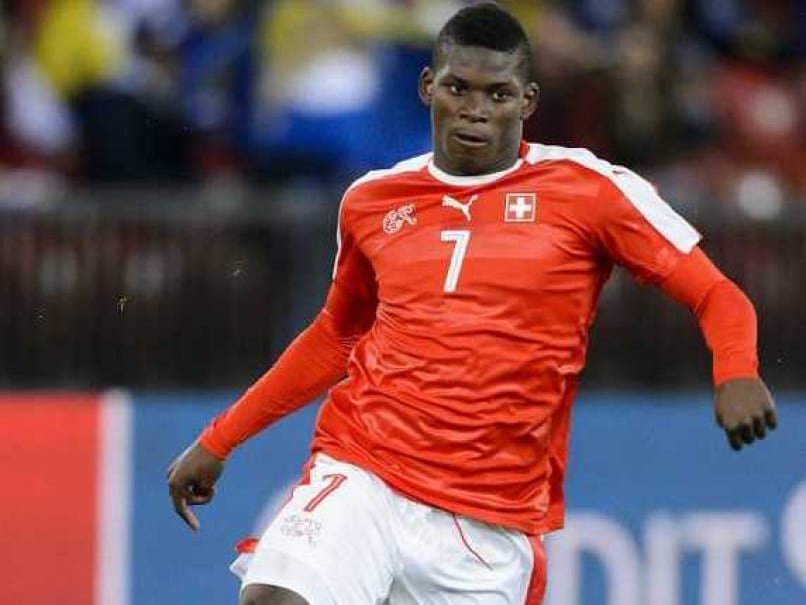 Breel Embolo has three Swiss league winner's medals with Basel, and has traded a place in the Champions League group stage for the Europa League with FC Schalke next season.© AFP

Less than 24 hours after being eliminated from the Euro 2016, Switzerland forward Breel Embolo has secured a move to FC Schalke in the German Bundesliga.

Swiss champion FC Basel and Schalke confirmed on Sunday that the 19-year-old striker has signed a five-year contract.

Basel said the fee will not be disclosed, though it is reportedly 25 million euros ($27.8 million).

Schalke revealed Embolo's signing to thousands of fans at their annual members' meeting, with a video message suggesting they beat interest from clubs including Barcelona, Manchester United and Arsenal.

Embolo appeared in the video wearing a Schalke shirt, saying that: "I'm happy to be a Royal Blue,"

The Cameroon-born forward played in each of Switzerland's games at Euro 2016 without scoring.

On Saturday, Embolo was a second-half substitute against Poland in the round of 16. Poland won a penalty shootout after the match finished 1-1 after extra time.

Embolo has three Swiss league winner's medals with Basel, and has traded a place in the Champions League group stage for the Europa League with Schalke next season.

Comments
Topics mentioned in this article
FC Schalke 04 Switzerland FC Basel Breel Embolo Euro 2016 Football
Get the latest updates on ICC T20 Worldcup 2022, check out the Schedule and Live Score. Like us on Facebook or follow us on Twitter for more sports updates. You can also download the NDTV Cricket app for Android or iOS.