Jakub Blaszczykowski's goal in the 54th minute against Ukraine helped

After a goalless first half, Jacob Blaszczykowski scored in the 54th minute to help Poland win their Group C match 1-0 against Ukraine and enter the Round of 16. Catch highlights of Euro 2016 match between Poland vs Ukraine here. (SCORECARD | POINTS TABLE | NEWS) 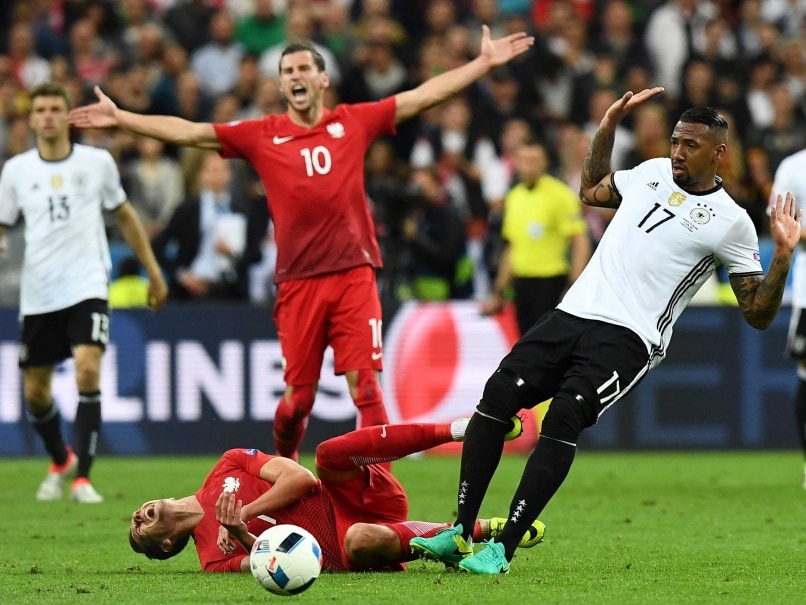 Poland will be trying to earn their second win of Euro 2016 when they take on Ukraine on Tuesday evening.

Poland have not beaten Ukraine, who cannot make the last 16, in their last five meetings and lost twice to their eastern European neighbours during 2014 World Cup qualifying.

Poland have not conceded a goal in the tournament, beating Northern Ireland 1-0 before holding world champions Germany to a 0-0 draw.

Comments
Topics mentioned in this article
Euro 2016 Poland Ukraine Football Live Score Live Blogs Football
Get the latest updates on IPL 2020, check out the IPL Schedule for 2020 and Indian Premier League (IPL) Cricket live score . Like us on Facebook or follow us on Twitter for more sports updates. You can also download the NDTV Cricket app for Android or iOS.