Live streaming of Wales vs Northern Ireland Euro 2016 last-16 will be available on all digital platforms like web and mobile. WAL and NIR are playing in the Euro finals for the first time. Catch live action through NDTV live blog too. 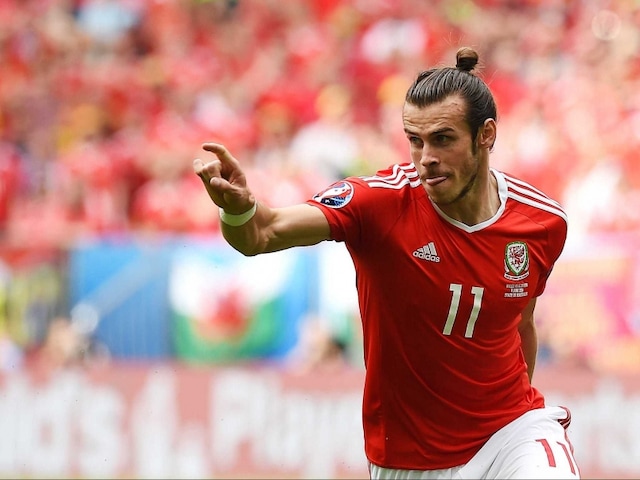 Gareth Bale has been inspirational for Wales in Euro 2016, hitting the back of the net in a 2-1 win over Slovakia and again in the 2-1 defeat to England.© AFP

No longer a football sideshow, Wales and Northern Ireland will take centrestage in Paris on Saturday. There will even be an England referee in an all-UK affair. Catch live action of WAL vs NIR from 9:30 PM IST (Saturday). You can watch live action through live streaming, live TV and of course, NDTV's live blog. (FULL SCHEDULE)

The start of the knockout phase is uncharted territory for Wales and Northern Ireland as they make unexpected progress on their debuts in UEFA's continental showpiece.

All eyes will be on Real Madrid striker Gareth Bale. Bale is joint-top scorer at Euro 2016 with three goals after helping Wales to top spot in their group, but will likely come up against a stubborn Irish backline, who have let in seven goals in their last 13 fixtures.

In India, live streaming can be seen at http://www.sonyliv.com/ and http://www.espn.in/. For mobile devices, catch live action through the Sony LIV, SONG ESPN apps.

You can see live coverage of all the matches on your TV channels - SONY SIX and SONY ESPN. You can also get live commentary in your preferred language - Hindi, Bengali, Malayalam, Tamil and Telugu.

Comments
Topics mentioned in this article
Wales Northern Ireland Euro 2016 Football
Get the latest updates on IPL 2020, check out the IPL Schedule for 2020 and Indian Premier League (IPL) Cricket live score . Like us on Facebook or follow us on Twitter for more sports updates. You can also download the NDTV Cricket app for Android or iOS.