Live streaming of Spain vs Croatia Group D Euro 2016 match will be available on all digital platforms like web and mobile. Croatia need a draw to qualify for pre-quarterfinals. Spain have already made the last-16. Catch live action through NDTV live blog too 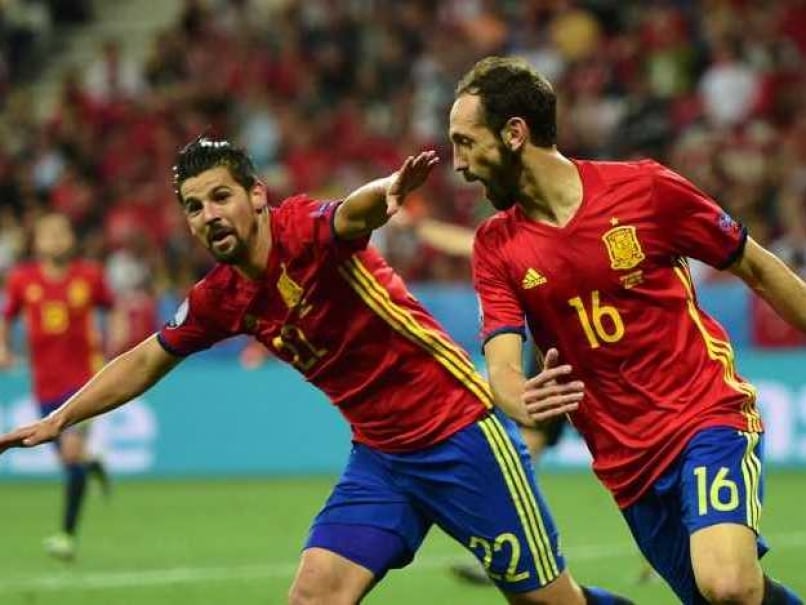 Spain have already assured a last 16-place following their 1-0 triumph over the Czech Republic.© AFP

Spain and Croatia are in best position to claim direct spots in Euro 2016 last-16 from Group D. Spain face Croatia in Bordeaux from 12:30 AM IST (Wednesday). You can watch live action through live streaming, live TV and of course, NDTV's live blog. (FULL SCHEDULE https://sports.ndtv.com/euro-2016/schedules-fixtures)

Spain have already assured a last 16-place following their 1-0 triumph over the Czech Republic and Friday's 3-0 victory over Turkey.

Yet the holders still need a point to seal top spot and ensure that they are not involved in a rematch of the 2012 final with Italy, winners of Group E, in the round of 16 in Paris on June 27.

A draw would see Croatia progress to the next round in second place and have to face Italy next.

In India, live streaming can be seen on the official UEFA.com website. All you have to do is go here: http://www.espn.in/watch/?ex_cid=cricinfo_euro_02

Comments
Topics mentioned in this article
Spain Croatia Euro 2016 Iker Casillas Gerard Pique Football
Get the latest updates on India vs Australia and check out  Schedule, Results and Live Score. Like us on Facebook or follow us on Twitter for more sports updates. You can also download the NDTV Cricket app for Android or iOS.