Euro 2016: Where to Get Live Streaming, Live TV Coverage of Turkey vs Croatia

Euro 2016 will be held from June 10 to July 10 in France. Live streaming of all matches will be available on all digital platforms like web and mobile. The first match of day 2 is between Turkey vs Croatia. Catch live action through NDTV live blog too 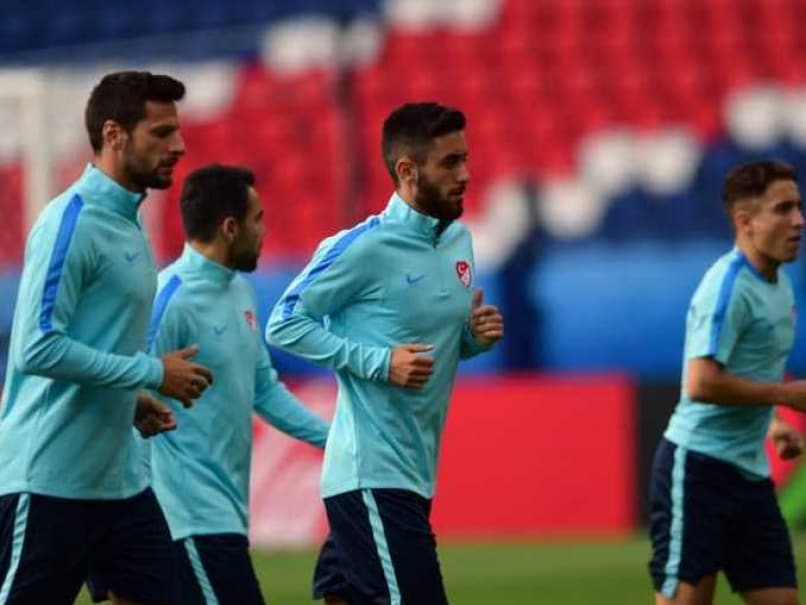 Turkey will mark their return to the Euros for the first time since 2008. © AFP

It's day 2 of the Euro 2016 football championship and it will feature Turkey vs Croatia. The venue will be Parc des Princes, Paris and will start at 18:30 PM IST. You can watch live action through live streaming, live TV and of course, NDTV's live blog. (FULL SCHEDULE)

Turkey have defeated Croatia only once in the Euro Championships and they will be aiming to get their campaign going against a Croatian side that returned to the country where they finished third in the 1998 World Cup.

The mobile and internet broadcasters of Euro 2016 are www.SONYLIV.com (don't hyperlink) and ESPN.in. You can see live coverage of all the matches on your TV channels - SONY SIX and SONY ESPN. You can also get live commentary in your preferred language - Hindi, Bengali, Malayalam, Tamil and Telugu.

Comments
Topics mentioned in this article
Turkey Croatia Football Euro 2016 Arda Turan Burak Yilmaz Ivan Rakitic Luka Modric
Get the latest updates on IND vs NZ 2021, check out the Schedule and Live Score . Like us on Facebook or follow us on Twitter for more sports updates. You can also download the NDTV Cricket app for Android or iOS.