Euro 2016 Opening Ceremony, France vs Romania: Where to Get Live Streaming

Euro 2016 will be held from June 10 to July 10 in France. Live streaming of all matches and Euro 2016 opening ceremony will be available on all digital platforms like web and mobile. The first match is between France vs Romania. Catch live action through NDTV live blog too. 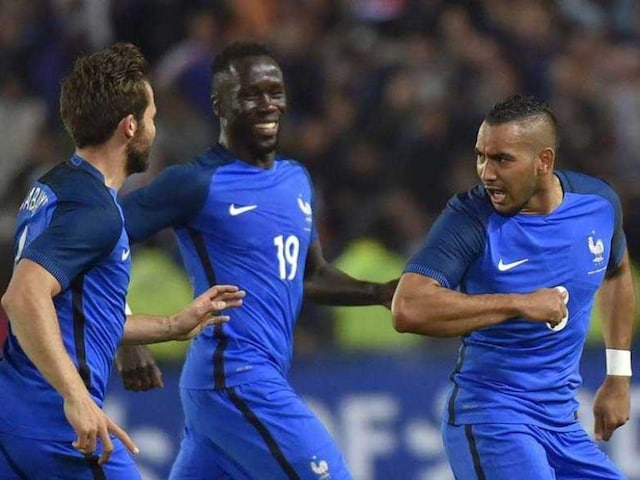 France, who are hosting the Euro after 32 years, will be hoping to get off to a great start against Romania. This match will be preceded by Euro 2016 opening ceremony at Stade de France. © AFP

It's France vs Romania on Day 1 of the Euro 2016 football championship. Stade de France will be the venue of the 30-minute opening ceremony of Euro 2016 which will be followed by the game between France vs Romania from 12:30 AM IST. Hosts France will start favourites. You can watch live action through live streaming, live TV and of course, NDTV's live blog. (FULL SCHEDULE)

Romania's hopes of springing a huge surprise will be based around a solid defence as they reached a first major tournament in eight years with the best defensive record in qualifying.

Comments
Topics mentioned in this article
France Romania Euro 2016 Football
Get the latest updates on IPL 2020, check out the IPL Schedule for 2020 and Indian Premier League (IPL) Cricket live score . Like us on Facebook or follow us on Twitter for more sports updates. You can also download the NDTV Cricket app for Android or iOS.