Euro 2016: Spain Aim to Maintain Reversal of Fortunes With Italy

Spain and Italy met in the Euro 2012 final where the former won 4-0 in the match played at the Olympic Stadium in Kiev. 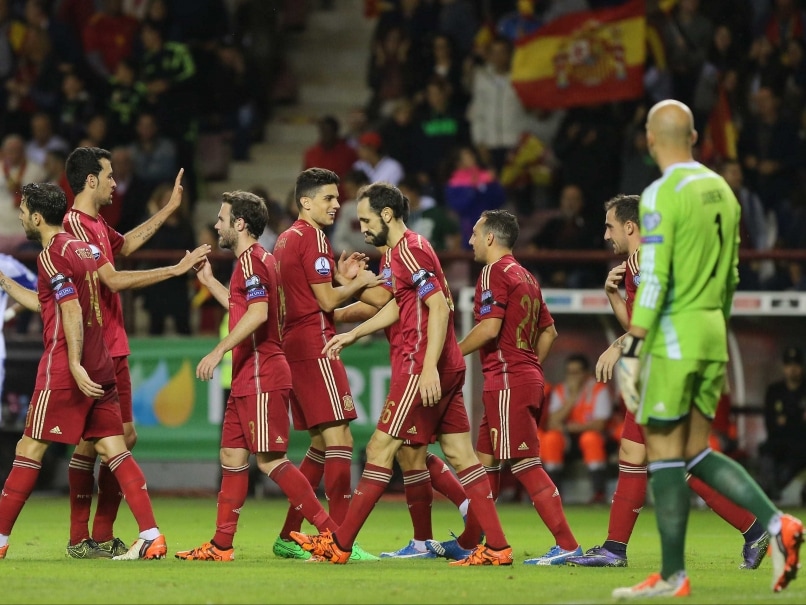 Last edition's finalists, Spain and Italy will be taking on each other in the Euro 2016 Round of 16 on Monday.© AFP

Seeking to win an unprecedented third consecutive European Championship, Vicente del Bosque's Spain will once again have to see off old foes Italy to retain their crown.

Before winning back-to-back Euros and a maiden World Cup in 2010, Spain suffered an inferiority complex withItalyhaving never beaten them in five tries at major finals.

A quarter-final clash between the two in Vienna in 2008 changed that. Spain -- who had previously suffered a terrible record on penalties -- went through in a shootout before going on to win the tournament.

"That is the most important day in the history of the Spanish national team," said captain Iker Casillas.

After winning the World Cup, Spain had to face Italy twice more in retaining the Euros four years ago.

A 1-1 draw in the opening match was long forgotten as del Bosque's men thrashed Italy 4-0 in the final.

La Roja then also won another shootout between the two in the Confederations Cup semi-finals in 2013. Indeed, the European champions have lost just one of their last 11 meetings with Italy - a 2-1 friendly defeat in 2011.

Chelsea midfielder Cesc Fabregas has been a constant menace to the Azzurri. He scored the winning penalty in 2008, Spain's equaliser in the 2012 opening game and set up David Silva's opener in the final.

Fabregas will also be coming up against his future manager as Italian boss Antonio Conte will take over at Stamford Bridge next season.

"The way they play will demand the absolute most of us," Fabregas told Spanish sports daily Marca.

Spain started the tournament in great form, sweeping aside the Czech Republic and Turkey.

However, a shock 2-1 defeat to Croatia in Bordeaux on Tuesday cost del Bosque's men top spot in Group D and a much easier route to the final.

Even if they see off Italy, Spain face having to beat world champions Germany and hosts France for the right to defend their title in Paris on July 10.

"We need to get back to playing our best football becuase they will not stop running and fight for every ball," added Fabregas.

"They have a very strong defence and they know how to take their chances."

Italy have been dealt a huge blow with influential midfielder Antonio Candreva ruled out due to a groin injury.

Conte's men have been unfortunate to find themselves on the tougher side of the draw despite beating the highly-fancied Belgium to top Group E.

"There is a crazy imbalance in the draw for the second round, but those are the rules and we have to respect them," said Conte.

The former Juventus boss made eight changes for the 1-0 defeat to the Republic of Ireland on Wednesday with qualification to the last 16 already assured.

And Chiellini is hopeful Italy can reverse their recent run against Spain.

"But let's keep things in perspective. The Ireland match, with all respect to them, didn't really count for us.

"And if we play to our potential, give it everything and limit them where they are strong, I think we can create something special."

"I wish him well for the rest of his career but I hope he has a bad match on Monday," joked Chiellini.

"He's a special kind of guy and a player who, as well as having great skills, is only going to get better."

Comments
Topics mentioned in this article
Euro 2016 Spain Italy Football
Get the latest updates on SA vs IND 2021-22, check out the Schedule and Live Score . Like us on Facebook or follow us on Twitter for more sports updates. You can also download the NDTV Cricket app for Android or iOS.