Belgium's victory was also a welcome return to form by the Red Devils following a disappointing first match in Group E against Italy, which it lost 2-0 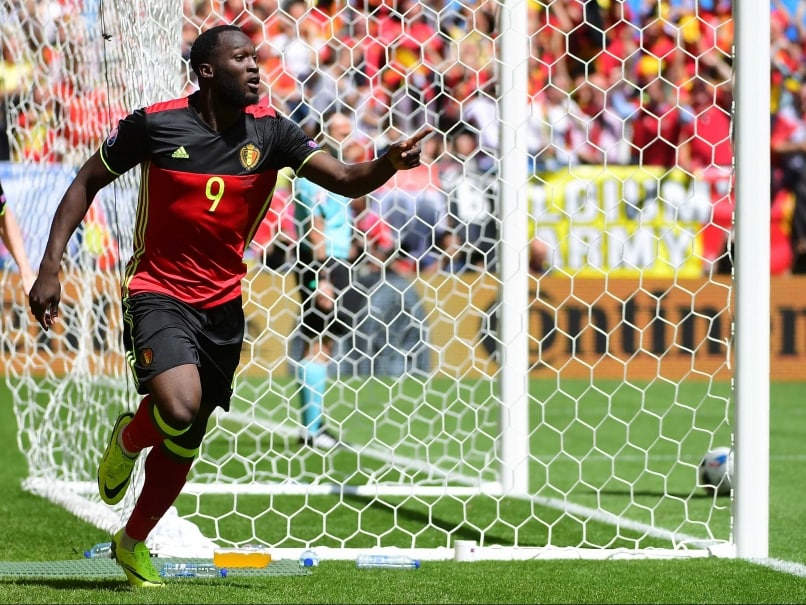 Belgium's forward Romelu Lukaku celebrates after scoring a goal during the Euro 2016 group E football match against Ireland at Bordeaux on Saturday.© AFP

Romelu Lukaku scored two second-half goals to help Belgium bounce back from its opening defeat at the European Championship, with a convincing 3-0 victory over Ireland.

Belgium's victory in the Group E match in Bordeaux on Saturday owed much to its much-vaunted attack, which finally sprang to life in the second-half following a fairly lacklustre display in the opening 2-0 loss to Italy.

Having wasted a series of chances in the first half, Belgium - one of the favorites to win the European Championship - started the second half strongly and it wasn't long before the team went ahead.

Lukaku struck in the 48th minute after a swift counterattack that owed much to Kevin De Bruyne's burst down the right flank. Lukaku controlled De Bruyne's square pass before driving the ball low into the bottom left corner from the edge of the penalty area.

Axel Witsel doubled the score in the 61st, when he jumped above Ireland midfielder James McCarthy to crisply head in Thomas Meunier's cross for his first international goal in nearly two years.

In an attempt to claw back the arrears, Ireland took a more attacking posture, but the team was once again caught out by a pacey Belgian counterattack. Eden Hazard raced down the right from inside his own half before squaring for Lukaku, who slotted the ball past Ireland goalkeeper Darren Randolph in the 70th.

Witsel, who was named man of the match, said the team knew that things would get easier once the first goal had gone in.

"What's important is the team's mentality," he said through a translator. "We didn't give them anything in the first half. At half time, we spoke a lot about passion."

Witsel heaped praise on Lukaku, saying the Everton striker should have been made man of the match instead, for his two goals.

Belgium's victory was also a welcome return to form by the Red Devils following a disappointing first match in Group E against Italy, which it lost 2-0.

That defeat raised renewed question marks over whether this supposed "golden generation" of players could deliver on the tournament stage.

"I think it was a difficult game against Italy," Lukaku said through a translator. "They're a great side and have a great coach. But today we were ready. We played well across the pitch."

Belgium now has three points from its two games at Euro 2016, while Ireland has one. Both sides still have a chance to progress to the knockout stages.

Belgium plays Sweden next while Ireland meets Italy, which has now won the group.

Comments
Topics mentioned in this article
Romelu Lukaku Axel Witsel James McCarthy Eden Hazard Belgium Republic of Ireland Euro 2016 Football
Get the latest updates on ICC T20 Worldcup 2022 and CWG 2022 check out the Schedule, Live Score and Medals Tally. Like us on Facebook or follow us on Twitter for more sports updates. You can also download the NDTV Cricket app for Android or iOS.