Raphael Guerreiro, Anthony Lopes and Adrien Silva were all born in France but are the current stars of Portugal's football team as the team aims for glory in Euro 2016 against France 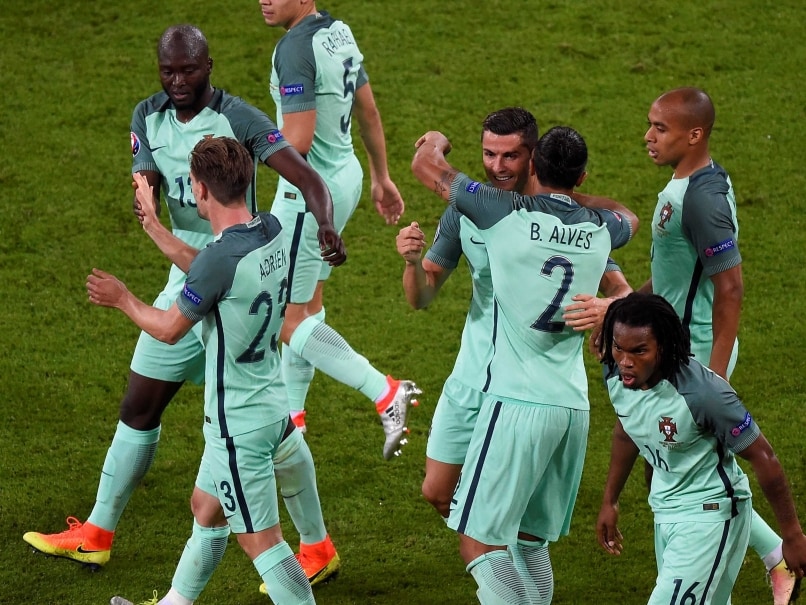 Talented left-back Raphael Guerreiro is one of three members of the Portuguese squad who will be facing the country of his birth in Sunday's Euro 2016 final against France.

Guerreiro and goalkeeper Anthony Lopes were born and brought up in France, which is home to a huge Portuguese migrant population.

Midfielder Adrien Silva lived in France until the age of 12, when he moved to Portugal with his family.

"I chose Portugal. It was exclusively my decision. Neither my family nor my agent tried to get me to change my mind," said Guerreiro, 22, who last month agreed a transfer to German giants Borussia Dortmund from French Ligue 1 club Lorient.

Guerreiro was born in Le Blanc Mesnil in the Paris suburbs, a short distance from the Stade de France where Sunday's final will be played.

He is one of themost talented young players in his position in Europe and France's loss has been Portugal's gain. Guerreiro has started four of the Selecao's games at Euro 2016, including their 2-0 semi-final victory over Wales.

The son of a Portuguese fan of Benfica, Guerreiro was 12 years old when he integrated the French national academy at Clairefontaine, where he was with current France star Paul Pogba.

Sporting Lisbon midfielder Silva, 27, did not feature as Portugal laboured through the group stage but has started all three games in the knockout phase.

He was born in Angouleme in central France and grew up near Bordeaux alongside Mathieu Valbuena -- the playmaker who was left out of the French squad for the finals.

"Our fathers played in the same team and my big brother Jeremy, Mathieu and I were all in the youth system at Bordeaux," said Silva, who moved to Portugal before joining Sporting at the age of 13.

"France has an important place in my heart, but I have lived in Lisbon since I was 12, my wife is Portuguese and so is my son. Today I feel more Portuguese," added Silva, who like Guerreiro has a Portuguese father and a French mother.

In October 2014 Silva was part of the Portugal squad for a friendly at the Stade de France which the French won 2-1.

He did not appear on the field but he heard the national anthems from his place on the bench.

"I sang the Portuguese anthem, but when the French anthem played the words of 'La Marseillaise' also came into my head," he said.

The third 'Frenchman' in the Portuguese squad has not featured at the Euros but is the most familar to football fans in France.

Lopes, 25, has come through the ranks at Lyon and is now one of the best goalkeepers in Ligue 1.

Spurred on by his father, a Portuguese migrant, and by his idol, the goalkeeping great Vitor Baia, Lopes was just five when he decided to pick up the gloves himself.

From Givors, near Lyon, he was picked up by Lyon at the age of just nine and seized his chance in the first team following the departure of France number one Hugo Lloris to Tottenham Hotspur in 2012.

The Portuguese federation moved to make him one of theirs in 2007, when he made his bow for the under-17 side.

He has worked his way up since then, but has been understudy to Sporting's Rui Patricio since then and will watch Sunday's game from the bench.

Comments
Topics mentioned in this article
Portugal Anthony Lopes Adrien Silva Euro 2016 Football
Get the latest updates on ICC T20 Worldcup 2022 and CWG 2022 check out the Schedule, Live Score and Medals Tally. Like us on Facebook or follow us on Twitter for more sports updates. You can also download the NDTV Cricket app for Android or iOS.