Dimitri Payet left the field in tears of joy after scoring the sensational last-gasp goal in France's 2-1 win over Romania to launch their European Championship campaign in style on Friday.

"It was a lot of stress, a lot of pressure, if someone had told me it would have gone like that I don't think I would have believed them," said Payet.

"It was that emotion that came out in the goal," added the 29-year-old who has broken into the France team this year after a stunning season with West Ham United in the English Premier League.

Payet was France's standout performer throughout as he also set up Olivier Giroud's opening goal.

After Romania had equalised and seemed to be holding on for a draw, Payet struck in the 89th minute with a curling 25 metre shot to take the tournament opener.

Payet left the field in tears in stoppage time as he was substituted to a standing ovation at an emotional Stade de France, just seven months after the stadium was targeted in the attacks that killed 130 people in Paris in November. 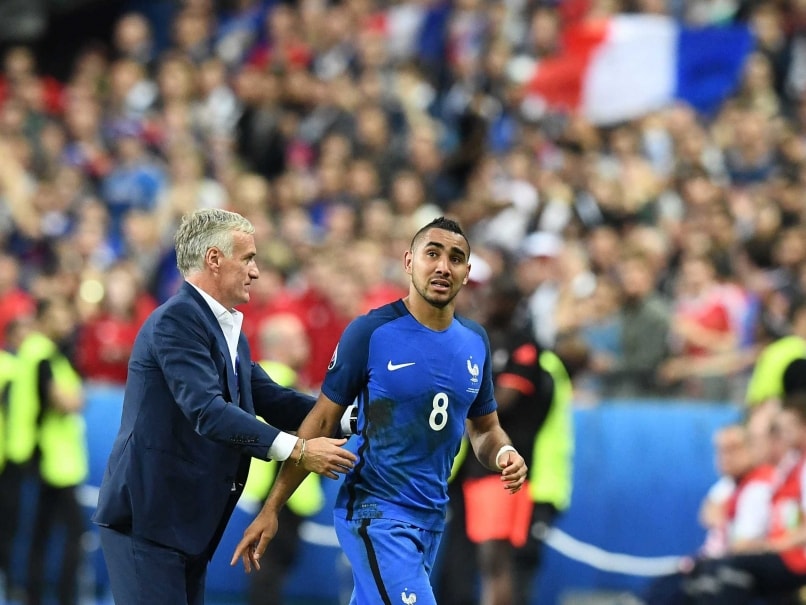 Dimitri Payet said that there was plenty of emotion and pressure in the winning goal as France got off to a winning start.

After the final whistle, Payet embraced his small son on the field.

Payet said he had been overcome by the way he has fought his way into the French team.

"At the start of the season, a lot of people would have found it hard to believe I would be here," said the attacking midfielder.

"I have got here by working hard," added the hero of the night, who is determined to "soak up the experience" of playing in Euro 2016.

"It is quite easy when you can bang it into the top corner, it solves a lot of problems," said a relieved French coach Didier Deschamps.

"It is the result that matters above all. We know not everything was perfect, far from it."

After the match, West Ham warned off rival clubs who could be tempted to make an offer. The London club took to Twitter to praise the Frenchman's effort.

Deschamps was thoroughly vindicated in his decision to select the former Marseille playmaker over Manchester United's Anthony Martial.

"I have no doubts over Dimitri and the influence he can have on the game. He can make the difference."

However, Deschamps was less complimentary over Juventus star Paul Pogba, who is one of Europe's most wanted talents.

Pogba was hauled off, along with free-scoring Atletico Madrid forward Antoine Griezmann, as France toiled before Payet's late intervention.

"I'm not going to be too hard on him but clearly his (Pogba's) potential is such that he can contribute a lot more than he did tonight."

And Deschamps believes the weight of expectation on a French side hoping to lift the spirits of a nation recovering from Paris attacks and battling strikes may have weighed heavy on his side.

"It's an opening match, there is a lot of expectation, there is plenty of fervour from the fans, but the players have certain duties.

"There was the opening ceremony and the protocol that goes with it so it is not easy to manage.

"In the end we were rewarded by the happiness of the French fans."

"It really hurts to lose a game in the 89th minute," said Iordanescu.

"It was a fabulous strike from a wonderful player."

Comments
Topics mentioned in this article
France Romania Dimitri Payet Olivier Giroud Football Euro 2016
Get the latest updates on IPL 2020, check out the IPL Schedule for 2020 and Indian Premier League (IPL) Cricket live score . Like us on Facebook or follow us on Twitter for more sports updates. You can also download the NDTV Cricket app for Android or iOS.