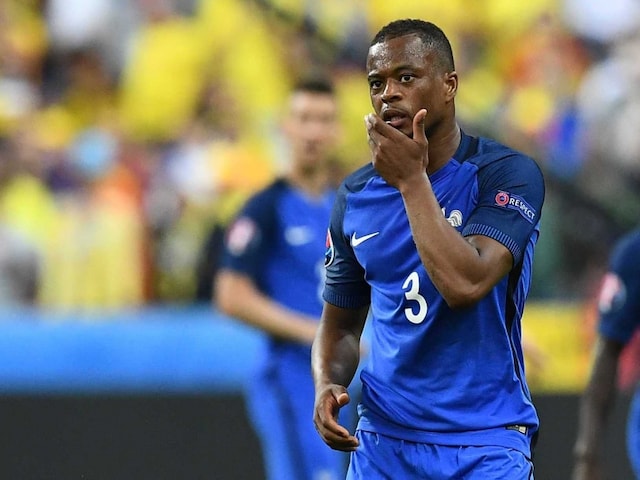 It's not a case of whether France's defense will get found out later on in the European Championship against better sides. It's already an open secret.

The difference is that better sides will ruthlessly punish France's nervous, creaking back four the way Romania could not in a 2-1 defeat in their Euro 2016 opener on Friday night.

While Dimitri Payet's wonderful late goal will rightly grab the headlines, the night could have turned out badly - because France should have fallen behind in the fourth minute, after a calamitous mix up by a fledgling center half pairing featuring the ultra-nervous Adil Rami alongside Laurent Koscielny led to a corner.

Then, after a couple more lucky escapes, left back Patrice Evra gifted Romania an equalizer midway through the second half.

France's most experienced defender with 74 caps, Evra was a Champions League winner with Manchester United and just won his second straight Italian title with Juventus. But he made the most basic of errors when he tripped up midfielder Nicolae Stanciu.

On Thursday, Romania coach Anghel Iordanescu claimed that he had figured out France's shortcomings, and he clearly won the early tactical battle, aiming for the center of France's defense like an arrow.

Playing with attacking intent, rather than sitting deep as many observers expected, Romania rattled France. With three coming at them, France was startled and overcompensated by dropping too deep.

"We were very timid in the first half and they came for us. It felt like they had 12 players on the pitch," Evra said. "It was the first match, and unfortunately that means there's a bit of apprehension, which saps your energy."

Rami did not speak to reporters after the game in the post-match area, walking purposefully through the mixed zone with his mobile phone stuck to his ear.

The mix up between him and Koscielny led to the first corner of the match, and it only happened because Rami's lack of pace was evident as much as the lack of communication between a pairing that had started only four matches together prior to the match.

Those matches came far apart, too.

The first two were in November 2011 and June 2012 - and there followed a gap of four years before they were associated together again last month because of injuries to Raphael Varane, Kurt Zouma; while Mamadou Sakho's suspension for a positive doping test meant he was unavailable when Deschamps named his squad on May 12.

Basically, they've had two friendlies - against Cameroon and a desperately mundane Scotland side - to get ready for Euro 2016.

It showed, as did France's lack of bite.

Having played only friendly matches since losing to Germany in the World Cup quarterfinals two years ago, France - although it did create chances - was second to the ball too often In a sloppy first half.

Rami looked scared, which did not help Koscielny - who is used to playing alongside the ultra-calm Varane - and it also unbalanced the team, with France playing around Rami rather than through him.

Even the technically assured Payet, selected to play wide left, was coming across to the right flank to help bring the ball out.

Pogba, billed as France's midfield dynamo, was playing almost as a sweeper at times. This was to compensate for Rami's lack of speed - illustrated when the Sevilla player was caught out of position after 15 seconds of the second half. Two minutes later, he was out of position again on a cross and the unmarked Bogdan Stancu volleyed wide.

Another reprieve, following on from the one early in the match when Stancu shot straight at goalkeeper Hugo Lloris from two years out.

It couldn't last, though, and Stancu leveled from the penalty spot after Evra's gaffe.

"It's because of me that we conceded a goal," the 35-year-old Evra said. "We need wins like this, but I don't want to suffer like this in every game."

Albania is up next for France on Wednesday in Marseille - which shouldn't prove too much of a headache for Rami.

But in the latter stages, without the assured presence of Varane or the speed of Sakho, then France could be exposed with the heavy-set Rami - whose sluggishness will have strikers salivating at the prospect of running at him.

Comments
Topics mentioned in this article
France Romania Patrice Evra Dimitri Payet Euro 2016 Football
Get the latest updates on IPL 2020, check out the IPL Schedule for 2020 and Indian Premier League (IPL) Cricket live score . Like us on Facebook or follow us on Twitter for more sports updates. You can also download the NDTV Cricket app for Android or iOS.