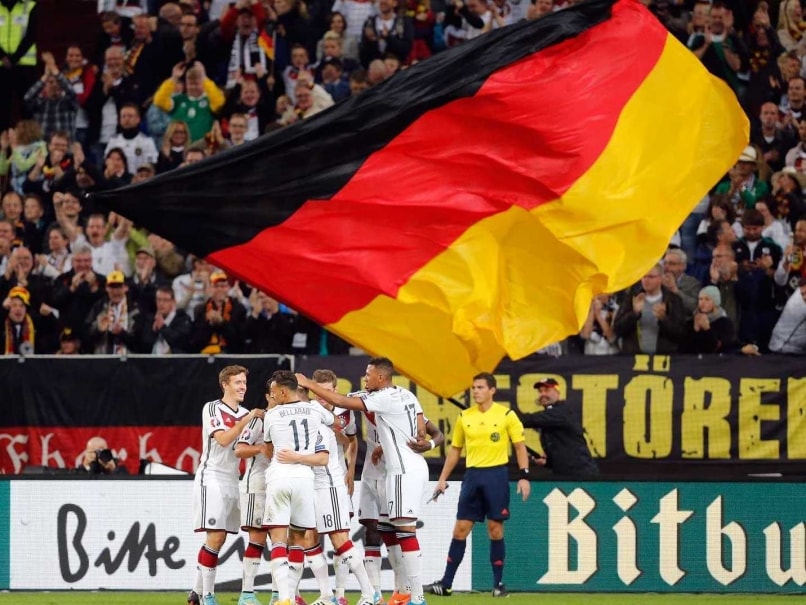 Marco Reus endured more injury heartache with Germany on Tuesday -- his 27th birthday -- as he was cut from their final Euro 2016 squad, two years after missing the World Cup.

Now an injury on club duty has scuppered his bid to be fit for the finals in France and the chance to add to his 29 caps.

The timing was especially bitter for the Dortmund star who was flooded by birthday wishes in the morning, only for Germany coach Joachim Loew to announce in the early afternoon that Reus' Euro 2016 dream is over.

"He (Reus) has massive health problems and can only run straight at the moment," said Loew.

"The doctors were very, very sceptical that he could be fully fit in the next few weeks at a strenuous tournament.

"It's bitterly disappointing for him and us, because a Marco Reus in very good shape, healthy and fit, would have been a tremendous asset for us to have had."

However, Loew has included both Borussia Dortmund's Bayern Munich-bound centre-back Mats Hummels and Manchester United midfielder Schweinsteiger even though both are carrying injuries.

"The medical department have confirmed that Bastian Schweinsteiger and Mats Hummels will be fit to play at the tournament," explained Loew at Germany's pre-Euro training camp in Ascona, Switzerland.

Reus' former Dortmund team-mate Mario Goetze, whose goal won the 2014 World Cup final against Argentina, had initially written to Reus: "Happy Birthday! I am looking forward to our next tournament together" on Twitter.

But after the news broke, Goetze quickly deleted the Tweet, replacing it with: "Happy Birthday, Marco, but we are all really sad. Unbelievable. That hurts me."

Midfielder Sami Khedira said: "I am confident he will get his chance on the big stage", but the news must hurt Reus.

After tearing ankle ligaments two year ago, he turned down an offer from the German FA to fly him to the 2014 World Cup final in Rio de Janeiro when the team carried a Germany shirt with his name and squad number on the back during the celebrations.

"I had already turned the television off at that point and gone to bed," he later said blandly of the gesture.

Loew has included two promising 20-year-olds in Dortmund defensive midfielder Julian Weigl and Schalke forward Leroy Sane, who both made their debuts in Sunday's 3-1 friendly defeat to Slovakia.

Bayer Leverkusen's Brandt, 20, who also won his first cap against Slovakia, misses out, while his club colleague and fellow winger Bellarabi, who has won 10 caps, is ruled out with injury.

Hoffenheim midfielder Rudy completes the quartet to be left at home as Germany now turn their attentions to their final pre-tournament friendly on Saturday in Gelsenkirchen against Hungary.

The Germans open their Group C campaign against Ukraine in Lille on June 12 before also playing Poland and Northern Ireland.

Comments
Topics mentioned in this article
Germany Bastian Schweinsteiger Marco Reus Euro 2016 Football
Get the latest updates on T20 World Cup, check out the T20 World Cup Schedule and Live Score . Like us on Facebook or follow us on Twitter for more sports updates. You can also download the NDTV Cricket app for Android or iOS.