France have won their last 10 meetings with the Portuguese since going down 2-0 in a friendly in 1975. Their head-to-head record includes victories in all three clashes at major competitions Cristiano Ronaldo became the first player to score in four European Championship finals, but has not been in top form.© AFP

Portugal face hosts France in a high-octane Euro 2016 final at Stade de France on Sunday. Here are the key factors that could decide the epic title clash

How do France contain Cristiano Ronaldo?

Ronaldo became the first player to score in four European Championship finals and despite failing to fire on all four cylinders, the Real Madrid star is an omnipresent danger.

France acknowledge they will have to limit the Portuguese star as much as possible.

"He's one of the best in the world, if not the best," said France right-back Bacary Sagna. "As a defender you have to give him as little space as possible."

The nature of Portugal's team and their fairly passive attacking game means Ronaldo has been less effective than he would normally be with Real.

He has had less opportunity to counter-attack, less service from attacking midfield players and so had fewer opportunities to score.

But Ronaldo is a constant threat around the area and at set-pieces. He scored a brilliant backheel against Hungary, fired Portugal in front with a superb header against Wales and a scuffed shot from the Real marksman was enough for Nani to get his leg to the ball and double Portugal's lead.

Giving Ronaldo a sniff of goal early in the game could change the entire landscape for France. Asked about Ronaldo, France coach Didier Deschamps warned: "In football, the major challenge is fighting against speed and his game in the air. Limiting his influence will be key for us."

Which tactical formation will France deploy?

France coach Didier Deschamps has yet to find a settled starting line-up, having experimented in midfield and attack since the start of the tournament.

With the threat of Cristiano Ronaldo and a midfield diamond designed to offer the Real Madrid man scoring opportunities, a committed defensive performance will be required from all French players.

After a fairly solid performance against Germany in Marseille, Deschamps is expected to stick with the 4-2-3-1 he used against the world champions.

Antoine Griezmann was part of a three-man attacking midfield against the Germans, sitting just behind main striker Olivier Giroud. The little Atletico Madrid striker was magical to watch.

Deschamps is unlikely to change tack, though Paul Pogba and Blaise Matuidi -- who sit just in front of a four-man defence -- will have to track back to help break down Portuguese offensives, in addition to their own offensive duties.

Juventus midfielder Pogba has been given more freedom to operate up front when Deschamps has deployed Moussa Sissoko in his three-man attacking midfield. Sissoko was solid throughout against Germany.

Most of the starting line-up against Germany should get the nod on Sunday, although Deschamps is not averse to tweaking his side at half-time if necessary.

Can Portugal shake off the weight of history?

Portugal boast some of the world's top footballers but have yet to win a major trophy and are desperate to banish memories of their stunning defeat to Greece on home soil in 2004.

Cristiano Ronaldo was a baby-faced 19-year-old who cried post-match tears as Portugal were stunned 1-0 at the Stadium of Light 12 years ago.

He has since been voted the world player of the year three times and gone on to huge success with Real Madrid. But Portugal remain a country without a title, and the bitter memories of 2004 are still felt.

Ricardo Carvalho, who with Ronaldo is one of two survivors from 2004, said: "Now the moment has come to remember and learn from the mistakes we made.

"Maybe we were over-confident because we were playing at home, we had knocked out teams like Spain and Holland and our opponents were Greece. Now we have the opportunity to win a competition that we lost in painful fashion."

Portugal fans and former players believe it is time to end that quest, but history says France have the edge. France have won their last 10 meetings with the Portuguese since going down 2-0 in a friendly in 1975. Their head-to-head record includes victories in all three clashes at major competitions.

France beat Portugal twice in friendlies in the past year in Lisbon and Paris, but midfielder Joao Mario said: "Probabilities don't win matches." He added that "100 percent of Portuguese also believe Portugal can win and that is what we are going to focus on." 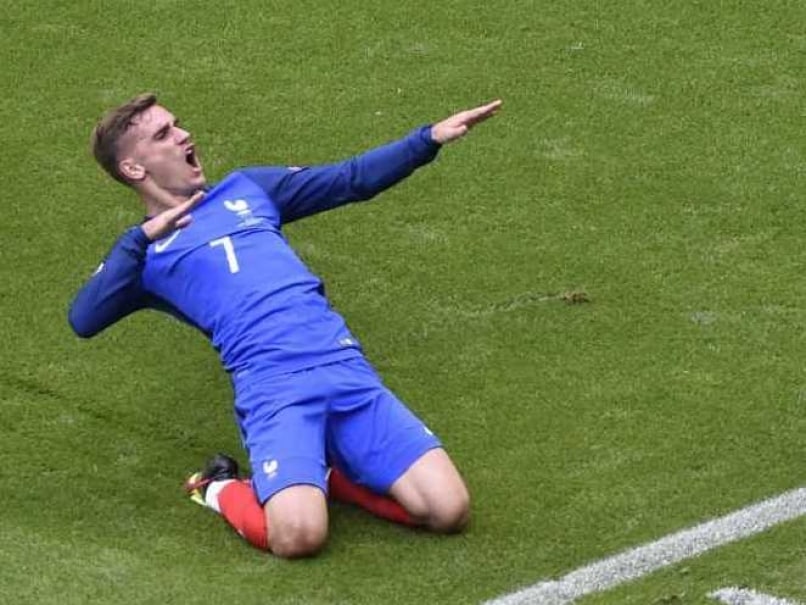 Antoine Griezmann has scored the maximum goals in Euro 2016.

Do France have concerns?

A home win for Les Bleus would help soothe the pain and frustration of a traumatic year for the country after the November 13 attacks in Paris that killed 130 people.

But Didier Deschamps' men would be forgiven for feeling extra pressure.

Portugal played on Wednesday against Wales (2-0) while France faced Germany (2-0) on Thursday, meaning Les Bleus have had one less day's rest that Cristiano Ronald and co.

Deschamps said: "We would have liked to have a little bit more time but we're going to try and optimise each hour in the lead up to the final."

A Stade de France final will evoke memories of the attacks in and around the French capital, including outside the national stadium, last year.

But France's players insist they are focused on the job at hand. "We were reassured by President (Francois) Hollande before the tournament when he explained all the security measures that would be put in place," said France forward Antoine Griezmann.

"It's up to us to focus on winning games and we want to win this final to make the French people happy."

France are also looking to emulate Les Bleus who secured the Euro '84 and World Cup 1998 titles on home soil, but goalkeeper Hugo Lloris played down suggestions they feel extra pressure.

"Playing the Euros on home soil has been wonderful. Now we have one more step to take ... but we're preparing well for battle against a formidable opponent."

Comments
Topics mentioned in this article
Cristiano Ronaldo Antoine Griezmann Nani Paul Pogba Blaise Matuidi Dimitri Payet France Portugal Euro 2016 Football
Get the latest updates on IPL 2020, check out the IPL Schedule for 2020 and Indian Premier League (IPL) Cricket live score . Like us on Facebook or follow us on Twitter for more sports updates. You can also download the NDTV Cricket app for Android or iOS.