Euro 2016: Germany Aiming to Click Into Gear Against Northern Ireland

World Champions Germany, who face Northern Ireland on Tuesday in Group C, needed Shkodran Mustafi to break the deadlock against Ukraine before midfielder Bastian Schweinsteiger sealed the 2-0 win on a break in injury time. 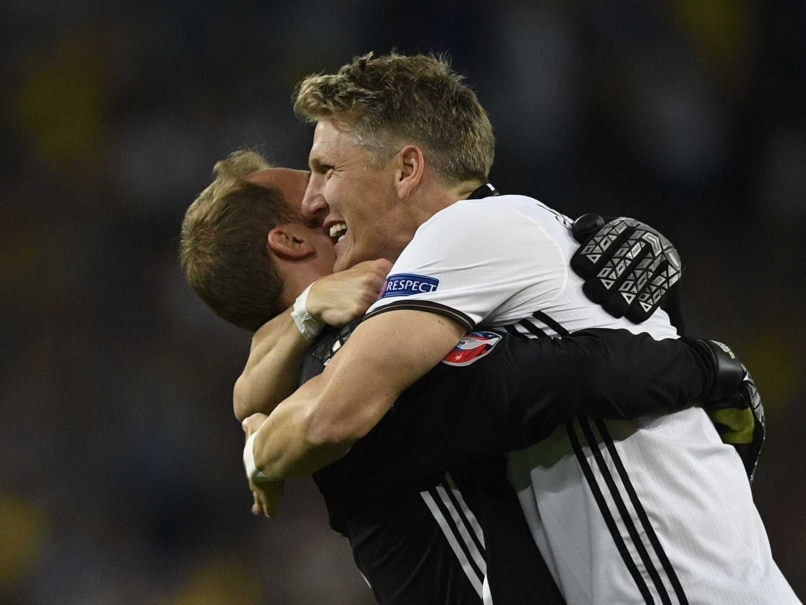 To silence the critics, Germany needs to get its attack going.

The team's misfiring forwards have yet to score at the European Championship in games against Ukraine and Poland, and coach Joachim Loew has brushed off suggestions of a lack of leadership in his side.

The World Cup champions, who face Northern Ireland on Tuesday in Group C, needed defender Shkodran Mustafi to break the deadlock against Ukraine before midfielder Bastian Schweinsteiger sealed the 2-0 win on a break in injury time.

Loew then said his players created "hardly any chances" in the following 0-0 draw against Poland.

Defensive frailties were exposed in the first game, but now the focus is on attack with Mario Goetze, Thomas Mueller, Mesut Ozil and Julian Draxler all scoreless so far. Also, Mario Gomez has yet to start a match, while Lukas Podolski has yet to even make an appearance.

The lack of goals is puzzling given the wealth of talent at Loew's disposal. Mueller, strangely, has yet to score in seven games over two European Championships despite 32 goals in 73 games for Germany, including 12 goals in European qualifying.

"Of course we want to be better in attack, to create more goal-scoring chances. We're working on it as a team, not only in training but we've spoken about it, too," Mueller said. "We'll try a few things on Tuesday. We're looking forward to it."

"I hope I can score a goal but as I said already before the tournament, it's not my main thing," Mueller said. "I hope we deliver a good game and that we'll win. I can't say what happens after that, there are so many possibilities. Even if we win the group, it's not clear who we'll face."

Despite the problems, Germany is virtually assured of progression from Group C and Loew is relaxed looking ahead to the rest of the tournament.

"We will win against Northern Ireland. We will win the group and then, I believe, we'll be playing in Lille again for the round of 16," Loew said. "I don't know about any other ways."

Also, Germany defender Jerome Boateng trained normally with the rest of the squad at the Camille Fournier Stadium on Sunday after recovering from a bruised hip.

Northern Ireland, playing in its first European Championship, is in a good position to progress from the group after Gareth McAuley led the side to a 2-0 win over Ukraine. The Northern Irish are guaranteed of at least third place and would secure qualification with a victory over Germany at the Parc des Princes.

"When we came into the tournament, we knew we were in as tough a group as there is, and we wanted something to play for in the last game," Northern Ireland coach Michael O'Neill said after beating Ukraine in Lyon. "We have a realistic prize at the end of the Germany game and that's immensely pleasing."

Northern Ireland can take heart from the only previous meeting between the countries at a major tournament, when they drew 2-2 in a group game at the 1958 World Cup. Both progressed to the quarterfinals.

Comments
Topics mentioned in this article
Germany Northern Ireland Euro 2016 Bastian Schweinsteiger Shkodran Mustafi Football
Get the latest updates on ICC T20 Worldcup 2022 and CWG 2022 check out the Schedule, Live Score and Medals Tally. Like us on Facebook or follow us on Twitter for more sports updates. You can also download the NDTV Cricket app for Android or iOS.