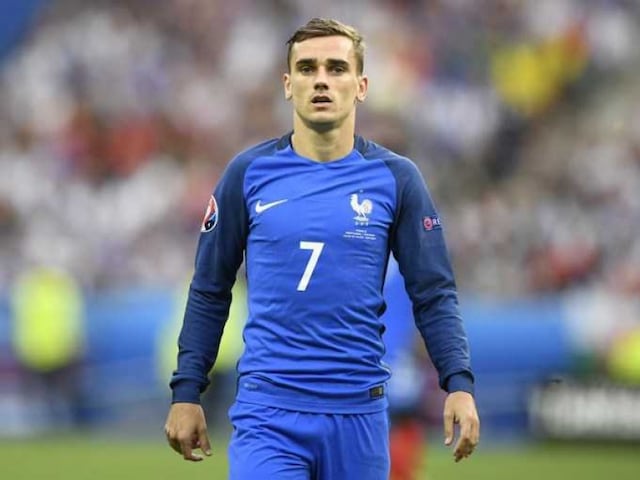 Antoine Griezmann had two assists and six goals in France's run to the Euro 2016 final, but had a rare off-night in front of goal against Portugal on Sunday.© AFP

UEFA on Monday named French forward and tournament top scorer Antoine Griezmann as the best player of Euro 2016, a day after the hosts' 1-0 final defeat to Portugal.

"Antoine Griezmann was a threat in every game he played. He works hard for his team and possesses technique, vision and quality finishing," said UEFA chief technical officer Ioan Lupescu, who led the panel that picked the striker.

Atletico Madrid man Griezmann, 25, for whom Sunday's defeat was a second major final loss in a month after the loss to arch-rivals Real Madrid in the Champions League, also won the Golden Boot award for his six goals.

He also had two assists in France's run to the final, but had a rare off-night in front of goal on Sunday and was unable to haul the hosts to victory.

Griezmann and midfield schemer Dimitri Payet were included in the UEFA team of the tournament named Monday, as was Portugal skipper Cristiano Ronaldo, who was stretchered off injured and in tears after a crunching tackle by Payet.

There was no place for Gareth Bale, but Wales team-mates Aaron Ramsey and Joe Allen, both midfielders, were named in the team of the tournament.

Comments
Topics mentioned in this article
France Portugal Antoine Griezmann Euro 2016 Cristiano Ronaldo Football
Get the latest Cricket news, check out the India cricket schedule, Cricket live score . Like us on Facebook or follow us on Twitter for more sports updates. You can also download the NDTV Cricket app for Android or iOS.