France, who have not lost in the last nine international games, will be eyeing revenge against Germany as they prepare to square-off in the Euro 2016 semi-final 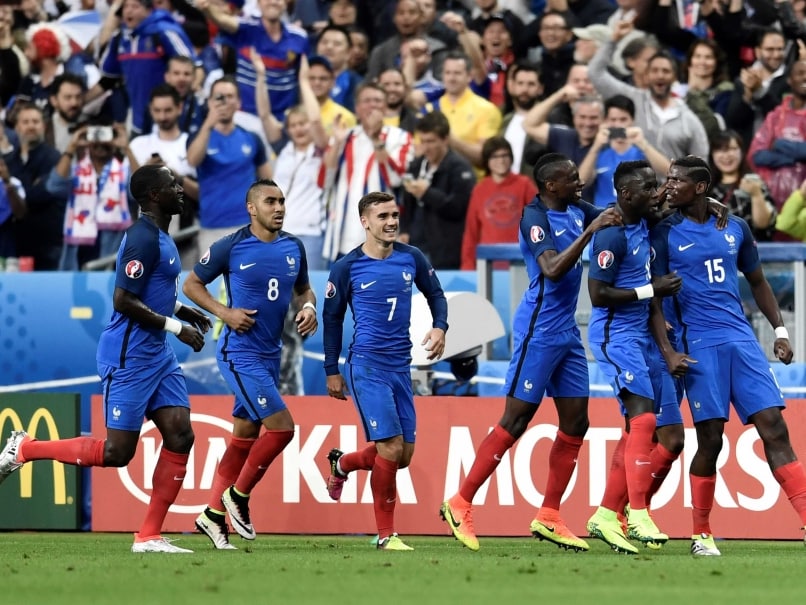 France will be heading into their semi-final clash full of confidence after thrashing Iceland 5-2 in the quarter-final.© AFP

With an element of revenge in the air, France can expect near-fanatical support from home fans in Marseille as they seek a place in Sunday's Paris final.

The hosts are buoyed by a 5-2 quarter-final thumping of plucky minnows Iceland when Olivier Giroud, Antoine Griezmann and Dimitri Payet all netted at the Stade de France.

Germany are also confident mood, despite missing key players with injury and suspension after their penalty shoot-out win over Italy in the last eight.

"For us, there is no fear. We know that France are loaded with good individual players, but they are under pressure as hosts," said Germany forward Thomas Mueller.

"Iceland didn't look so happy with the goals they conceded.

"They have our respect, but I am optimistic that we will find solutions (to the injury problems).

For us there is no loss of quality." 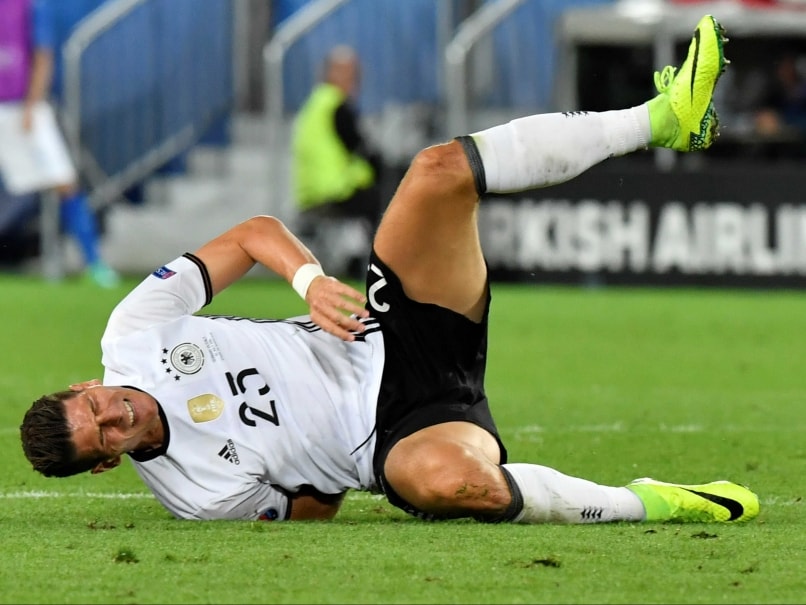 Mario Gomez will miss the remainder of Euro 2016 due to a thigh injury he sustained in the quarter-final against Italy.

Centre-back Mats Hummels picked up a yellow card which sees him suspended in Marseille.

Striker Mario Gomez and midfielder Sami Khedira picked up thigh and groin injuries respectively which rule them out of the semi-final.

To compound their problems, Germany captain Bastian Schweinsteiger is highly doubtful with a knee strain.

Germany coach Joachim Loew is set to resort to a 4-2-3-1 formation having used a 3-5-2 against Italy.

With Gomez out, World Cup-winner Mario Goetze is set to start up front, but Loew said he may play his Bayern Munich team-mate Thomas Mueller alongside him in attack.

Gomez's thigh tear means he will also miss the final, should Germany progress.

With Hummels suspended, Shkodran Mustafi or Benedikt Hoewedes will partner Jerome Boateng at centre-back with Joshua Kimmich at right-back and Jonas Hector on the left.

Loew has said he expects to introduce a new face into the midfield with Liverpool's Emre Can or Julian Weigl of Borussia Dortmund set to partner Toni Kroos in the defensive midfield.

France striker Giroud has scored against Manuel Neuer in each of the last three games for France and Arsenal, a threat the Germans must counter.

"He is a very dangerous poacher inside the box," said Neuer.

"He is strong in the air, he is dangerous for central defenders.

"But we know him and can prepare for him and they have a lot of other quality players."

For France, defender Adil Rami and midfielder N'Golo Kante are back in contention after missing the win over Iceland through suspension.

The French camp is full of praise for the world champions, but the message is clear.

"We'd like to write another chapter in French football history," said Giroud while French sports daily L'Equipe ran the front-page headline 'Thirsty for Revenge' on Tuesday.

Just as it was for the Germans against Italy, the semi-final is a fixture steeped in history.

Les Bleus lost to Germany in the 2014 World Cup quarter-finals at Rio de Janeiro's Maracana, thanks to Hummels' first-half header.

And France has never fully forgiven Germany for their penalty shoot-out defeat in a bitterly contested World Cup semi-final in Spain in 1982.

An epic 3-3 draw, with four goals scored in extra-time, came down to a penalty shoot-out which Germany won 5-4, but the match in Seville is remembered for a brutal incident.

However, the German camp has been eager to play down the historical significance to focus on the here and now.

"The chance to win two titles back-to-back is not something you get everyday. We're looking forward to it," said Mueller as Germany look to add the European crown to their world title.

Comments
Topics mentioned in this article
France Germany Euro 2016 Dimitri Payet Paul Pogba Mats Hummels Bastian Schweinsteiger Mario Gomez Football
Get the latest updates on IPL 2020, check out the IPL Schedule for 2020 and Indian Premier League (IPL) Cricket live score . Like us on Facebook or follow us on Twitter for more sports updates. You can also download the NDTV Cricket app for Android or iOS.