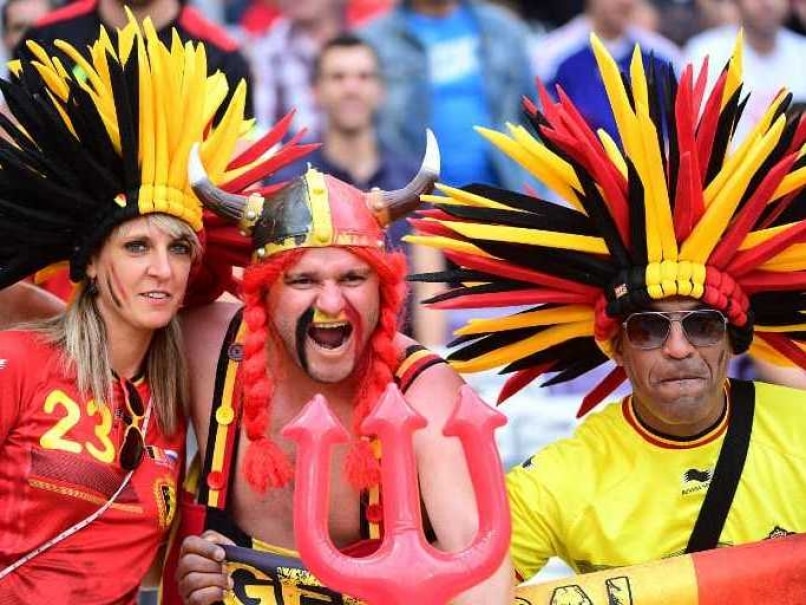 With the Belgian border just 17 kilometres from Lille, fans of the Red Devils are expected to come in huge numbers to support their team for the Euro 2016 quarter-final clash with Wales.© AFP

At least 150,000 Belgian fans are expected to flood across the border into France on Friday to see their side take on Gareth Bale's Wales in the Euro 2016 quarter-final.

Barely 12,000 Belgian fans and a similar number of Wales supporters have tickets for the 50,000-capacity Lille stadium where the two will decide who plays Cristiano Ronaldo's Portugal in the European Championship semi-final next Wednesday.

"It will almost be a home game for us and that is an extra motivation," said Belgium captain Eden Hazard, who spent seven years at Lille before moving to Chelsea in 2012.

The Belgian border is just 17 kilometres (10 miles) from the northern French city.

Bale is leading Wales into their best international campaign since they reached the 1958 World Cup quarter-final.

"I think it is fair to say it could be the biggest ever game for Wales, especially during my time and recent times," the Real Madrid star declared ahead of the crucial game.

Belgium suffered a big blow when defender Jan Vertonghen was ruled out of the rest of the tournament with an ankle injury. The Tottenham Hotspur defender, 29, tore ligaments in his left ankle in a freak training accident on Thursday and could be sidelined for two months.

Barcelona centre-back Thomas Vermaelen had already been ruled out of the game due to suspension. Belgium's captain Vincent Kompany and key defenders Nicolas Lombaerts and Dedryck Boyata were injured before the tournament.

Coach Marc Wilmots still has a strong team to line up with Hazard back in training for the first time since suffering a knock in the 4-0 last 16 win over Hungary on Sunday.

With Romelu Lukaku, Kevin De Bruyne and Michy Batshuayi, who is on the verge of a move from Marseille to Chelsea, Wilmots still has one of the strongest attacks at Euro 2016. Vertonghen could be replaced by Jordan Lukaku, the 21-year-old younger brother of Romelu.

Belgium start as favourites but Wales won their last encounter with Bale scoring the decisive goal in a 1-0 win in qualifying for France at Cardiff last June.

Bale said it was "my most important Welsh goal" that "gave us belief that we can take on and beat the big teams".

Wales manager Chris Coleman has warned Belgium to expect "a hell of a game".

The winner plays Portugal, who beat Poland 5-3 in a penalty shootout in Marseille on Thursday.

Germany take on Italy in the third quarter-final on Saturday with the victors going into a semi-final against France or giantkillers Iceland who clash in Paris on Sunday.

Comments
Topics mentioned in this article
Belgium Wales Portugal Eden Hazard Gareth Bale Euro 2016 Football
Get the latest updates on IND vs NZ 2021, check out the Schedule and Live Score . Like us on Facebook or follow us on Twitter for more sports updates. You can also download the NDTV Cricket app for Android or iOS.