Switzerland, in their first match of the Euro 2016 on Saturday, defeated Albania 1-0. Fabian Schar scored the only goal of the match. Get highlight of ALB vs FRA game here. (SCORECARD | SCHEDULE | LIVE STREAMING INFO | NEWS) 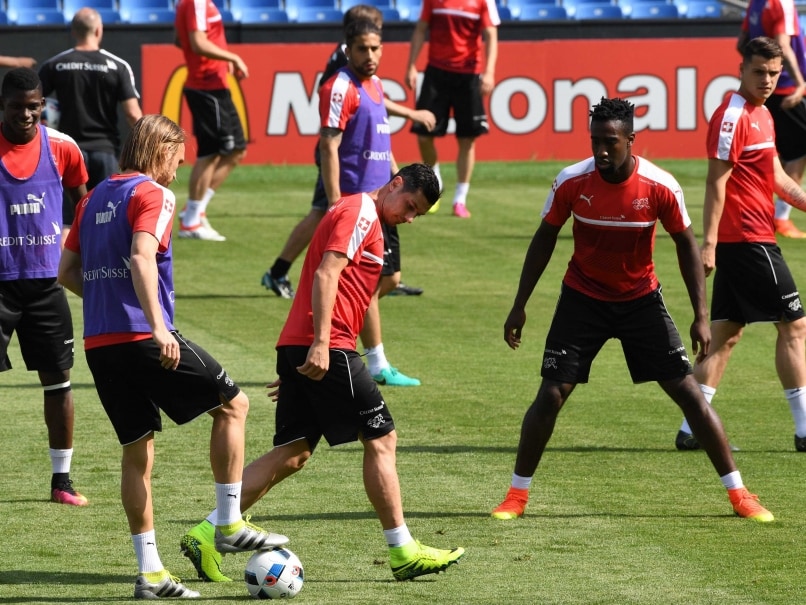 Switzerland players practice ahead of their match against Albania in Euro 2016.

Four sets of brothers will play at Euro 2016 in Belgium's Romelu and Jordan Lukaku, Northern Ireland's Corry and Jonny Evans while Russia's Vasili and Aleksei Berezutski are the only twins.

But the Xhaka siblings are set to become the first brothers to play against each other in a European Championship finals.

"Anyone in a similar situation, who says it's not a special game, is a liar," said Granit. For the 90 minutes, we'll blend out the fact we're brothers as professionals. May the best man win."

Comments
Topics mentioned in this article
Euro 2016 Albania Switzerland Granit Xhaka Taulant Xhaka Football Football Live Score Live Blogs
Get the latest Cricket news, check out the India cricket schedule, Cricket live score . Like us on Facebook or follow us on Twitter for more sports updates. You can also download the NDTV Cricket app for Android or iOS.