England vs Slovakia Euro 2016 Live: Where to Get Live Streaming of ENG vs SVK

England hope to extend their perfect record versus Slovakia. Live streaming of England vs Slovakia Group B Euro 2016 match will be available on all digital platforms like web and mobile. Catch live action through NDTV live blog too 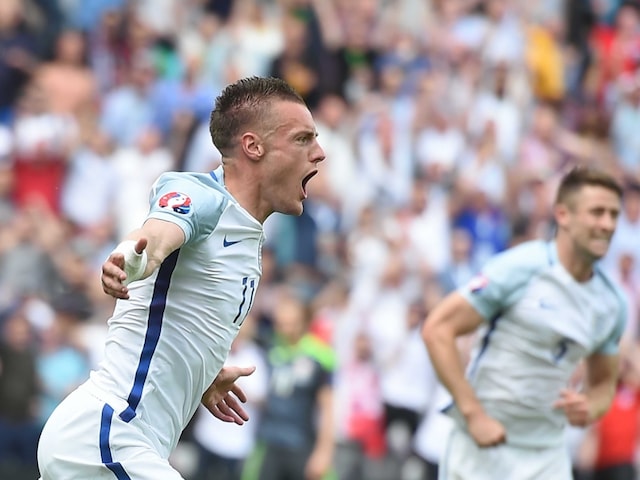 Jamie Vardy will be among players to watch out for England when they take on Slovakia.© AFP

The England vs Slovakia Euro 2016 match will be played in Saint-Etienne from 12:30 AM IST (Tuesday). You can watch live action through live streaming, live TV and of course, NDTV's live blog. (FULL SCHEDULE https://sports.ndtv.com/euro-2016/schedules-fixtures)

Favourites England need a point to make sure of reaching the last 16 from group B. Wayne Rooney is likely to sit out.

Strikers Daniel Sturridge and Jamie Vardy, who both scored after coming on as substitutes in England's 2-1 win over Wales, will start the match.

England top the group with four points, one point ahead of Slovakia and Wales with Russia bottom on one.

Comments
Topics mentioned in this article
England Slovakia Euro 2016 Jamie Vardy Daniel Sturridge Football
Get the latest Cricket news, check out the India cricket schedule, Cricket live score . Like us on Facebook or follow us on Twitter for more sports updates. You can also download the NDTV Cricket app for Android or iOS.