Cristiano Ronaldo Dedicates Euro 2016 Win to 'All Portuguese And Immigrants'

Cristiano Ronaldo, whose team Portugal beat France in the Euro 2016 final, dedicated the historic win to his countrymen and the immigrants 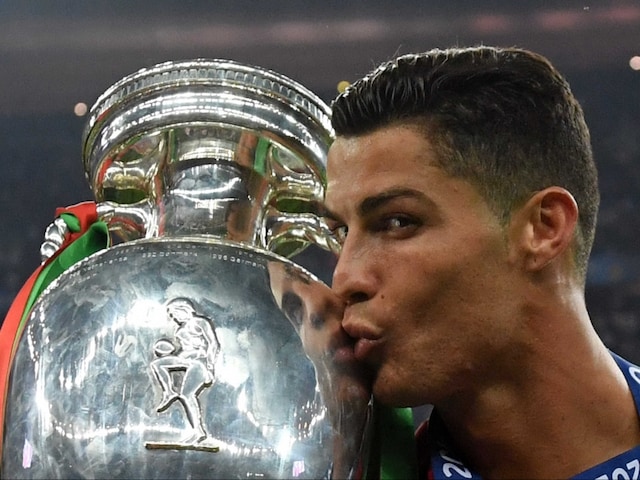 Star striker Cristiano Ronaldo devoted Portugal's Euro 2016 triumph over France on Sunday to "all Portuguese and all immigrants".

Ronaldo said he found it impossible to come back after being injured in the Paris final which Portugal won 1-0. "I tried to come back. My knee was swelling up and I couldn't. There was too much pain."

"It was not the final I wanted but I am very happy. It is a trophy for all Portuguese, for all immigrants, all the people who believed in us so I am very happy and very proud."

About 1.2 million Portuguese nationals and Portuguese-origin French live in France, according to Portuguese authorities.

Comments
Topics mentioned in this article
Euro 2016 Cristiano Ronaldo Portugal Football
Get the latest Cricket news, check out the India cricket schedule, Cricket live score . Like us on Facebook or follow us on Twitter for more sports updates. You can also download the NDTV Cricket app for Android or iOS.